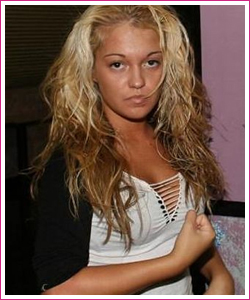 The identity of the local woman who wrestled last night at the SmackDown taping is reportedly a woman named Alexxis Nevaeh. PWInsider is reporting that the same woman appeared as a jobber for Awesome Kong in TNA last year at the time of the $25,000 challenge.

Alexxis is also known as Lexxus and mainly known for her work in New England Championship Wrestling and World Women’s Wrestling, where she was the champion for over a year and a half. For more click here.

EDIT: In a correction to their earlier comment, PWInsider is now reporting that Lexxus was not the woman who wrestled last night.