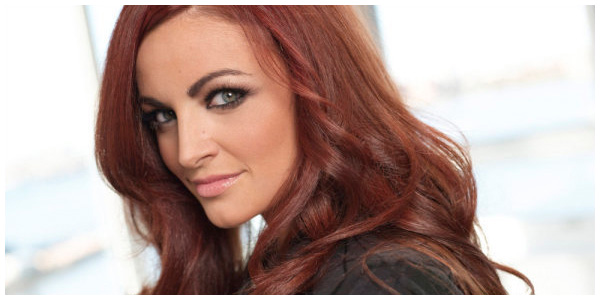 Making her first public appearance since her WWE release yesterday, Maria Kanellis joined the Special Delivery Show on XM satellite radio just under an hour ago to speak for the first time on her departure and also premiered in full, for the first time, her debut single ‘Fantasy’.

In the interview, Maria said she believes her release is due to her wanting to pursue outside projects independent of WWE. She continues that WWE expects that it’s Superstars are “all there 100% of the time” and that it’s a “demanding position to be in.”

Despite the obviously whirlwind past 48 hours, as Maria also celebrated on her 28th birthday on Thursday, the former Diva was extremely upbeat and friendly.

Listening to her interview, I have to commend her, she has seemingly taken everything in her stride and has a great head on her shoulders. This was a very insightful interview and I 100% stand by Maria, no one has just one thing that drives them in life and people have more than one passion or motivation. It’s no secret that WWE demands their Superstars eat, live and breathe WWE and if you don’t, you’re a liability. Maria unfortunately, isn’t Mickie James and I guess they thought she was expendable. In the case of James, she is the company’s most relied upon female worker and most over Diva, cutting her because of her outside passions isn’t as realistic though I’d suggest that they’ve found other means to ‘punish’ her.

I have that much more respect for Maria for her level-headed attitude in this interview. She has every right to be upset but never came across as ‘bashing’ WWE. Kudos to her.