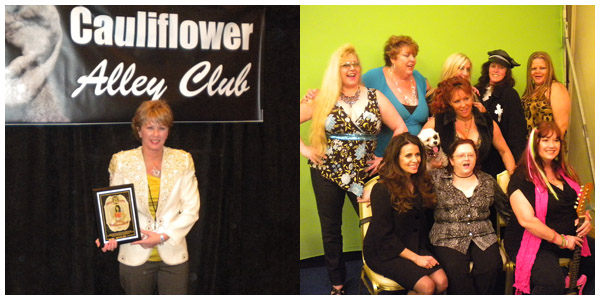 We have more exclusive photos from the annual Cauliflower Alley Club reunion earlier this week!

During the three day festivities there were plenty of female wrestling stars on hand including a GLOW reunion which saw the likes of Little Egypt, MTV and others come together.

As previously noted, Awesome Kong was honored with the Women’s Wrestling (Active) award. Pictures of her accepting her award here.