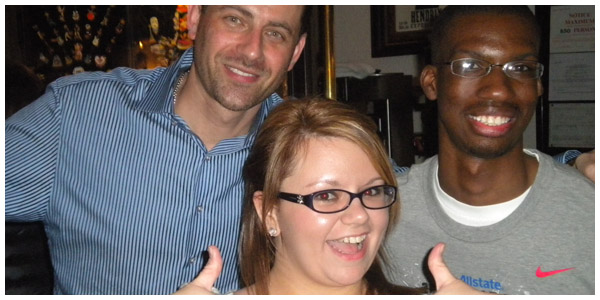 Lots of DD readers stopped by at the Hard Rock Cafe in Atlanta yesterday to meet up with David, Cryssi and other Diva fans. A big thank you to everyone who came out.

Some notes and pictures from the party after the jump!

David tells me that everyone had a great time and we had fans Dallas to DC to Vancouver and even Ireland. The party continued till past midnight.

We did have some guests lined up but unfortunately, last minute issues meant that they weren’t able to attend. However, the party was a great success nonetheless!

Based on the success of this first party, it looks like we will make this an annual festivity! Join us next year in Miami!

Check out pictures below. Also, we’d love to put names to faces. Let us know if you attended in the comments!