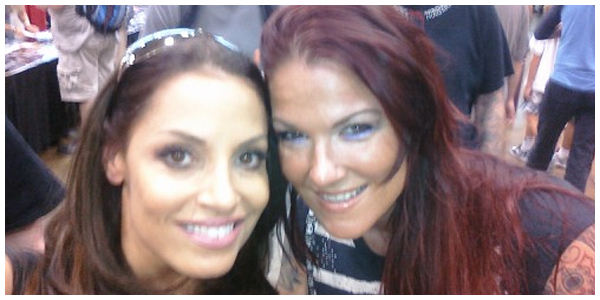 Holy crap! Anyone else feel like the earth just moved? Because arguably the two biggest icons in Diva history, Trish Stratus and Lita are in the same place, at the same time, as we speak!

Trish and Lita were reunited in Toronto today for FanExpo Canada, four years after their final battle in September 2006 and three years after their guest appearance on the 15th anniversary of Raw. How time flies, right?

It’s been a long time since we’ve seen these two legendary Divas together. What a sight!