In Video: Alicia Fox at WWE ‘Be a STAR’ Rally 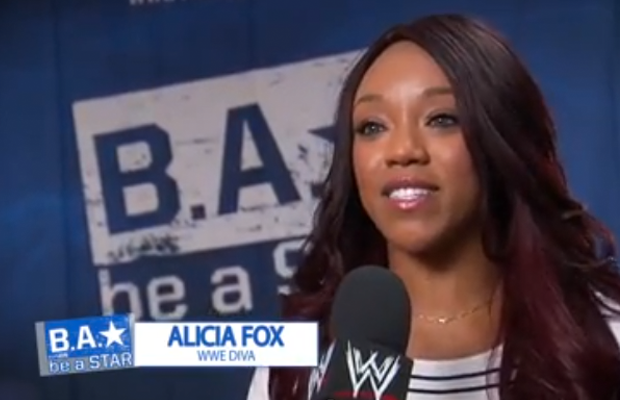 Former Divas Champion Alicia Fox was joined by WWE Superstar Hornswoggle and The Office star Leslie David Baker at a Be a STAR anti-bullying rally in Chicago, IL.

Alicia told the WWE cameras that she took part in the rally because she had experienced bullying as a child and wants to spread a message of celebrating each other’s differences.

Watch the full video below:

What would you like to see the WWE do with its “Be a STAR” initiative?