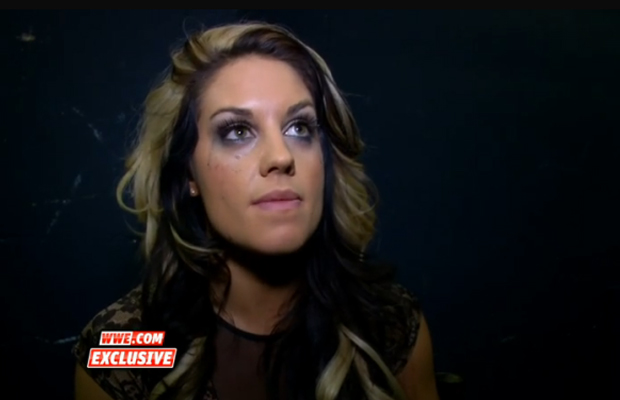 In a WWE.com exclusive video, an upset Kaitlyn was confronted backstage by a camera crew after discovering the identity of her secret admirer on Raw.

The Divas Champion let out all of her emotions, coming to the realization that all of the texts and gifts over the past few weeks were just a distraction. She told the camera that now that she’s been humiliated and hit rock bottom, she only cares about one thing: the Divas Championship.

She concluded the interview by saying, “AJ doesn’t deserve the title.. but she deserves payback.”

It’s great to see WWE giving this highly anticipated match some build up. Will Kaitlyn get her payback this Sunday?