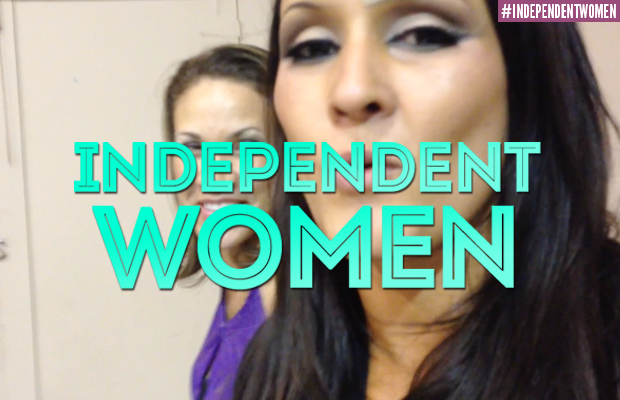 In the seventh episode of Independent Women – titled “Femmes Fatales” – Cheerleader Melissa and Mercedes Martinez set up for and take part in a fan meet and greet prior to NCW Femmes Fatales XIII. And, as it’s Halloween, we also get to see one fan’s incredible costume.