Is Tonight the Night? 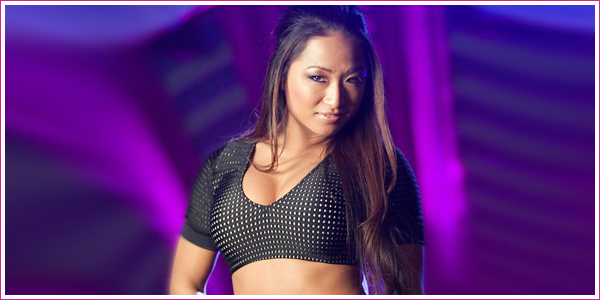 As they do every Tuesday, SmackDown is taping their weekly show tonight, and we at Diva Dirt are wondering if they have a little trick up their sleeve to coincide with post-Pay-Per-View buzz they’ve got going. The trick we have in mind? One Gail Kim. Sure, she’s been rumored to be debuting (or re-debuting, depending on how you look at it) for a while now, but the timing seems perfect for her to make her grand entrance. Let me count the ways:

â€¢ After Sunday’s Royal Rumble, while the SmackDown Divas didn’t have a match, there’s still that “clean break” feeling, where new storylines can be started and new characters can debut. What better way to keep the buzz alive than to bring aboard a popular familiar face?

â€¢ Maryse doesn’t have much going on, with Michelle having turned heel and seeming to be focusing on Maria (remember the “fight” last Friday?). The Divas Champion needs a fresh feud, and I doubt either of the Bella Twins are going to be filling that quota any time soon. Gail would obviously debut as a face, as her wrestling style lends to that, so it makes sense that Maryse’s next big title defense would be against the red-hot returning babyface.

â€¢ Speaking of which, what better way to inject more interest into the Divas Championship? Maryse has been on the sidelines for a few weeks, and the Championship has been sort of forgotten, lost in the shuffle of Michelle’s heel turn. Bring it back with a blockbuster feud.

â€¢ Gail’s return is destined to be a surprise, unlike her debut back in 2003, what with all the “coming soon” Martix-style promos that built it up. The WWE is likely to act in a manner that will take us by surprise, so it would make sense for her to burst onto the scene rather unexpectedly. There’s no real sign, storyline-wise, that she’s coming. I say, expect the unexpected!

Though, keep in mind that Christian was rumored to be making his return (it’s a Canadian TNA exodus!) at the Royal Rumble, and despite all of the signs pointing in that direction, Captain Charisma didn’t show – it’s entirely possible that even with the good feeling we have, Gail won’t turn up either. Keep you fingers crossed, though, and keep an eye out for SmackDown spoilers when we post them later tonight!