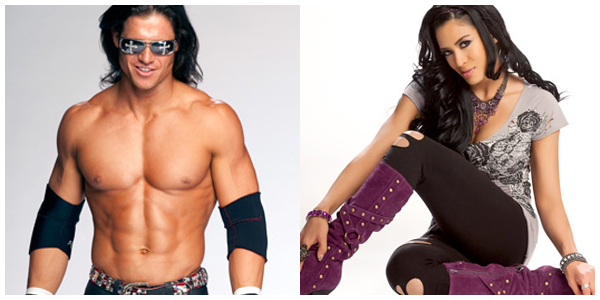 SmackDown Superstar, John Morrison put over his former MNM cohort, Melina in a live chat with AZcentral.com. When asked about his favourite Diva, he said:

Melina is potentially the strongest character on the roster, with even more passion and emotion than a lot of the guys. A lot of the Divas can do some pretty impressive moves, but when I watch them I don’t feel anything, I don’t empathize with a lot of them. I don’t think they understand what they’re doing. But when I watch Melina, I get excited, or I feel sad, or I want to cheer. And I think that’s the key to sports entertainment.

High praise indeed! I definitely agree with him about the Divas doing ‘impressive’ [read: flashy] moves but not feeling anything. We often criticise Divas for their flashy moves even though they show little grasp of the basics — it’s like they are trying to wow the crowd by stringing together a series of exciting moves yet in the long run, it doesn’t tell a story in a match. There’s no emotional connection whereas I think girls like Melina add a fire and intensity to their matches that compel the viewer.