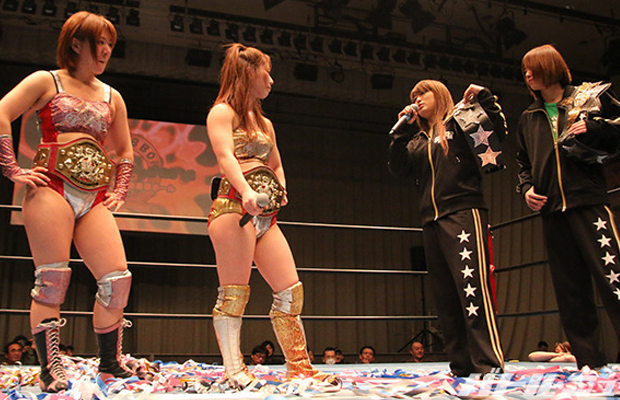 Welcome back to a new edition of the Joshi Wrestling Weekly! I know it has been awhile, but we are now looking to bring back this column as a regular feature on Diva Dirt again. Lots of results and news from Japan to discuss, as well as a closer look at young wrestler Kaho Kobayashi! 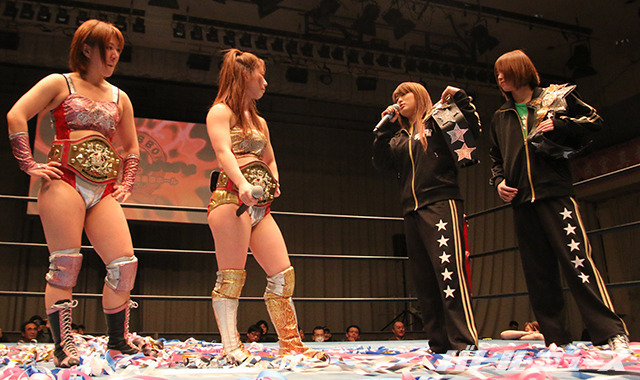 Pro Wrestling WAVE has announced the participants for their upcoming Joshi Wrestling CATCH THE WAVE tournament, and it is one of the largest wrestling tournaments in recent memory. The field has been expanded to 32 wrestlers, with participants from 11 different promotions! The 32 wrestlers will be split into eight blocks, with the top two wrestlers from each block moving on to the single elimination Knockout Round (similar setup as the World Cup). Some of the wrestlers in the tournament include Hikaru Shida, ASUKA, Tsukushi, Aoi Kizuki, DASH Chisako, Sareee, and Yoshiko. The tournament starts on April 10th and continues until June 5th.  (Source)

In some exciting cross-promotional news, it was announced that Io Shirai and Mayu Iwatani from Stardom will be invading Ice Ribbon to battle Tsukasa Fujimoto and Arisa Nakajima! While Shirai and Iwatani are beloved in Stardom, they are not in Ice Ribbon and were greeted accordingly. This will be Shirai’s first match in Ice Ribbon since early 2015, and Mayu Iwatani’s first match in the promotion since back in 2012. (Source)

In more Stardom news, American wrestler Santana Garrett set the record for most successful defenses of the World of Stardom Championship! Garrett won the title from Io Shirai on November 23rd, 2015 and has been actively defending the title since. Only one title defense took place in Stardom, while the other defenses took place in Florida.  There is no set date for her next defense, but she should be returning to Stardom soon.  (Source)

We have a lot of catching up to do so let’s get right into it. Stardom’s last event took place on March 12th in Tokyo, Japan. Here are the main results:

The biggest event of the last week was held by Joshi Wrestling promotion Ice Ribbon. Ice Ribbon ran an event at Korakuen Hall in Tokyo, Japan in front of 927 fans. The results from the show are:

Finally in WAVE, the finals of the CATCH THE WAVE Young OH! OH! Tournament took place! As the name implies, it is a tournament for younger wrestlers, with participation from multiple promotions. Here are the results from the show:

Stardom continues to march on as their next show is on March 21st. Here is the card:

Kaho Kobayashi is not well known to American wrestling fans, but she is one of the most exciting and fun Joshi wrestlers currently on the scene. She stands only 4’11” and weighs only 117 pounds but is constant energy and wrestles with more heart than wrestlers twice her size.

Kobayashi is 23 years old and debuted for WNC (TAJIRI’s old promotion) in 2013.  Kobayashi is affiliated with Pro Wrestling WAVE but is also a regular wrestler in many other promotions, including Asuka Project, Osaka Joshi-Pro, Diana, and Oz Academy.  She is also very active, wrestling in approximately 125 matches in 2015 alone. During that stretch she won four different championships. One of her signature moves is the Fisherman Suplex Hold, which she easily preforms regardless of her opponent’s size:

Kobayashi’s best attribute is she is relentless, never taking a break or taking it easy in matches. She has taken a lot of big hits but doesn’t stay down, even giving the legend Aja Kong a hard time in a singles match early last year.  Less than three years into her career, Kaho Kobayashi is one to keep an eye on in the future.