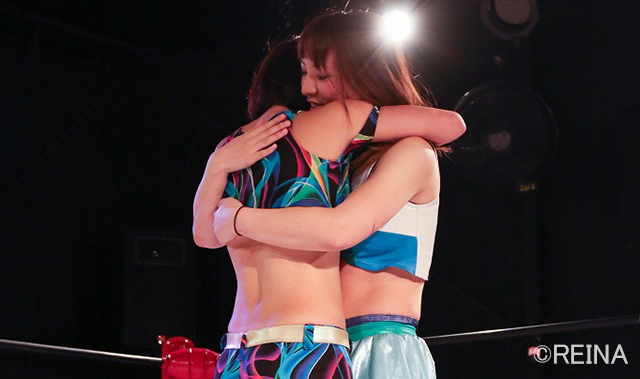 Welcome back to a new edition of Joshi Wrestling Weekly! Today we are going to discuss the latest events in Japan, including a big Stardom show, a new ICExInfinity Championship, and Maki Narumiya‘s upcoming retirement! 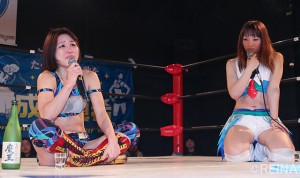 After having her last match in Ice Ribbon, Maki Narumiya announced plans for her retirement match next weekend in REINA. On March 25th, she will team with Syuri to take on Maya Yukihi to close out her successful career. Narumiya debuted in 2011 and during her career she wrestled in over a dozen promotions in Japan and Mexico. She also took part in hardcore matches and never shied away from any challenge. Next week I will have the full results and pictures from Narumiya’s retirement.  (Source)

After Stardom’s event on the 21st, several challenges were thrown down to build to the next couple events. Alpha Female recently returned to Stardom and she has challenged Io Shirai for the World of Stardom Championship. Alpha Female held the World of Stardom Championship back in 2013 and looks to finally regain the title. They also announced Mayu Iwatani and Io Shirai’s next challengers for their tag titles, as they face Hiroyo Matsumoto and Kagetsu. (Source)

Finally, DASH Chisako appears to have found a new partner after her sister retired in January. On April 8th, she will team with KAORU to take on Hikaru Shida and Syuri for the vacant Sendai Girls’ Tag Team Championship. This will give Chisako a chance to regain her championship after having to forfeit the belt when Sendai Sachiko retired.  The same event will also have Meiko Satomura vs. Aja Kong, as the two legends collide.  (Source)

The biggest show last weekend was in Stardom, which took place on March 21st in Korakuen Hall. The entire event is currently being added to Stardom’s English Youtube Channel. Here are the results:

Sendai Girls’ also had a show last weekend, with a big main event:

Finally, Ice Ribbon had an event in Hiroshima, Japan on March 21st. It featured a defense of the ICExInfinity Championship:

As mentioned above, Stardom’s next event takes place on March 26th:

Splashing into the Joshi wrestling scene last fall, Saori Anou began her career in the very small Joshi promotion called Actress girl’Z. She made her surprise debut in Stardom on October 11th, 2015 as she faced off against Haruka Kato. Anou was impressive, and her strong first impression led to Stardom using Anou more and more over the last six months. Anou’s most memorable trait is her flexibility, which allows her to perform some of the best bridges in wrestling:

To show her growth within Stardom, this month she had singles matches against Kairi Hojo and Io Shirai, two of the biggest stars in the promotion. Anou lost to both, but put up a strong fight to prove she belongs in Stardom. Anou is still officially affiliated with Actress girl’Z, but hopefully she will continue to be a big part of Stardom as well.