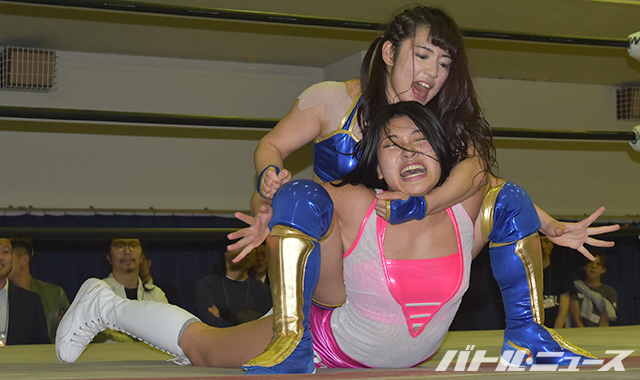 Welcome back to a new edition of Joshi Wrestling Weekly! Today we are looking at the graduation of Hana Kimura (the daughter of Kyoko Kimura), Maki Narumiya officially retiring, and Io Shirai defending her championship! 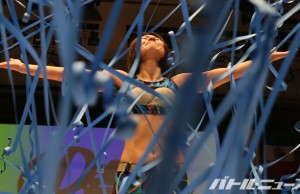 As I mentioned last week, Maki Narumiya officially retired from professional wrestling on March 25th. Her final matches took place in REINA, and she was victorious in both matches she took part in on the card. Narumiya is moving on to the next phase of her life, as she is getting married. I wish her all the best moving forward, and she will be missed in the wrestling ring. (Source)

Hana Kimura, the daughter of Joshi wrestler Kyoko Kimura, graduated from W-1 Training Academy on March 30th, 2016. She trained in the school for six months, being taught primarily by W-1 wrestlers KAI and Hiroshi Yamato. In her graduation match, she lost to fellow trainee Reika Saiki.  Graduating from the W-1 Academy does not mean that Kimura will wrestle for W-1, her exact path from here is unknown but look for her to start on the wrestling circuit soon. (Source)

Stardom had their usual weekend event on March 26th, featuring Io Shirai against Alpha Female for the World of Stardom Championship. The entire event is currently being added to Stardom’s English Youtube Channel as we speak. Here are the results:

I mentioned above that Maki Narumiya had her retirement match in REINA on March 25th, a massive event that also featured Makoto challenging Tsukasa Fujimoto for the REINA World Women’s Championship. The full results were:

Actress girl’Z has had several of their wrestlers in Stardom, however they do put on their own shows as well. On March 27th, they had an event at Shin-Kiba 1st Ring as Saori Anou took on Yuna Manase:

It is a pretty quiet weekend in Joshi this weekend, business will pick back up next week. The biggest event takes place in Stardom on March 2nd, when Hiroyo Matsumoto and Kagetsu will challenge Shirai and Mayu Iwatani for the Goddesses of Stardom Championship: 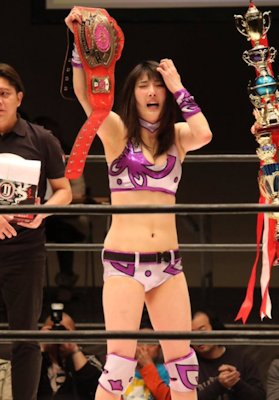 Since Makoto won the REINA World Women’s Championship last weekend, I wanted to give more details on her this week as she is not as well known outside of Japan. Makoto started her career in Ice Ribbon in 2006, and even though she is a ten year veteran, she is only 26 years old. In 2012, Makoto joined WNC, and after WNC folded she joined REINA in late 2013.  Over the course of her career she has had success in multiple promotions, and has held titles in Ice Ribbon, REINA, and WNC.

With Syuri resigning from REINA, Makoto is now the Ace of the promotion. With ten years of experience at such a young age, look for her to be more of a force in Joshi Wrestling in 2016 as she takes control of REINA.