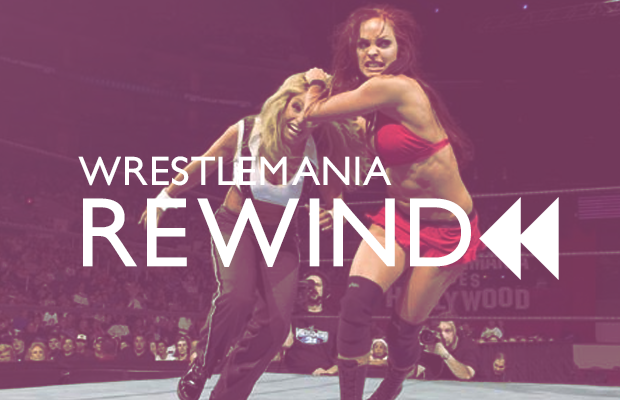 All week leading up to WrestleMania 32, we’re revisiting the most memorable women’s wrestling moments in WrestleMania’s 32 year history, tackling a total of 26 WrestleManias.

At the twenty-first WrestleMania, Diva Search winner and wrestling rookie Christy Hemme took on Women’s Champion Trish Stratus with the title on the line.

Christy wasn’t at a total disadvantage, though: she had Trish’s archenemy Lita in her corner. Christy put up a big fight, thanks in part to Lita’s training and moral support, but it wasn’t enough: a Chick Kick out of nowhere would lay her out and allow Trish to pin her to retain the title.

What are your memories of this moment?