JR: Gail Kim Could Be ‘Stratus-Like’ 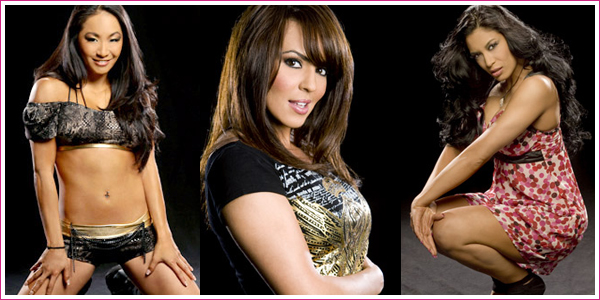 Everyone’s favourite Hall of Fame commentator, Jim Ross has once again struck gold in his blog! On a week that saw JR being praised as a ‘lockerroom hero’ due to his outspoken and often anti-management thoughts on WWE’s current direction, he hits another home run this time by turning his attention to the women’s division.

In the process, JR talks up some of our favourite Divas, boldly suggesting that Gail Kim has the potential to be ‘Stratus-like’:

Gail Kim really impressed me on Monday’s Raw (Love the DVR) and has the potential to be “Stratus-like” if the stars can become properly aligned. Kim’s unique look and her athleticism are obviously marketable. WWE Divas having more in ring exposure is a bona fide way to get the audience to emotionally invest in these ladies as more than just simply “Smart, Sexy, and Powerful.” (Oh, my!)

Oh, my indeed! If there was any justice in the world, her current spot would be the start of a long run at the top for our G-Kim. Gail was bordering on ‘Trish-like’ qualities during her TNA run, so we know it’s there and she can rise to the challenge.

JR also talks up two fellow Diva Dirt favourites, ahead of their match on Friday night’s episode of SmackDown:

Layla, Eric Clapton’s favorite WWE Diva, (fellow Brit you know) shows marked improvement in the ring this week in a bout versus Melina who never disappoints with at least one Sharapova-like primal scream. One loud outburst just may have frightened my broadcast partner but I can’t be sure as he was wearing a dark suit.

It’s nice to know someone in WWE notices these things. Melina has stepped up her game since November last year, as I noted on last week’s Roundtable, and has been such a consistent hard-worker ever since. The intensity she has shown since coming back is unbelievable and if there’s any justice [there’s that phrase again!] she would get the Slammy for Diva of the Year in December.

As for Layla, I ♥ her and have since she first burst on the scene. She has improved a lot in the past few months since moving to SmackDown and is seeing more & more in-ring time. Sure, she may be losing but that’s not an issue for me. Working with girls like Melina, Michelle, Natalya and Katie can only help her get better and that’s what she should concentrate on.