Kelly Wants to Sell You Some Underwear 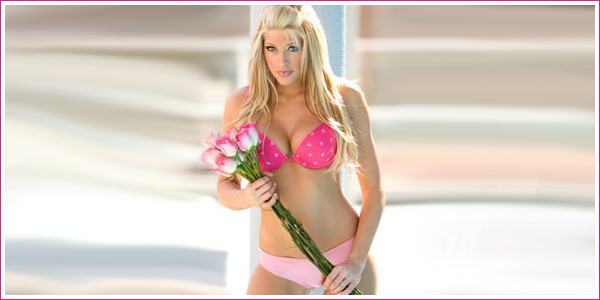 Seriously, doesn’t Kelly Kelly‘s new photoshoot look like is was taken straight from the Victoria‘s Secret catalog? I’m not saying that in a good way, because it looks more like something from their PINK line, which is pretty much sorority girl chic. The shoot’s titled “Be Kelly’s”, which pretty much clues you in to the cheesiness of it all. Kelly’s over-makeuped, and looks to have put on some lip plumper gloss. Like I said, it’s all pretty cheesy, what with the pool, rose petals, and overdosing on the color pink. I realize this was taken for Valentine’s Day, but out of that context this looks pretty silly. Of course, Kelly looks quite pretty, but there’s little else going on here – with her never-changing expression, those long-stem roses seem to have more personality.