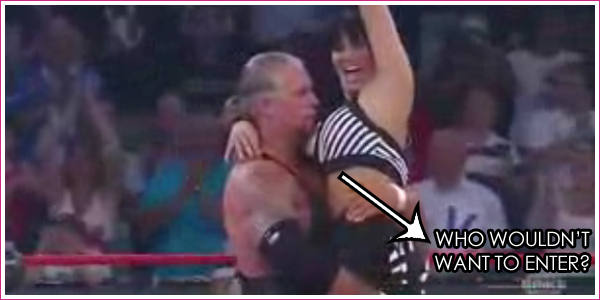 You may have heard of Kevin Nash’s ‘Big Sexy Tour’ search to find a valet for him at the December TNA pay per view. Well, until now we had chosen to ignore it, perhaps because it sounds more like a glorified search to find someone for him to bang. But Nash added some substance to the proceedings in an interview with three8six.com‘s Jeff Wilen, noting he wants to find a ‘2010 Miss Elizabeth‘. Read below:

In my heart, the ultimate valet was Miss Elizabeth. I would love to have a 2010 version of Miss Elizabeth. If I had to say what I’m really looking for, that kind of class, that dignity, that presence, that charisma, that girl-next-door-look to her. Maybe she (Miss Elizabeth) was just that one in a million. I think there’s a place in our business for that one girl that is different. I don’t want her taking bumps. I don’t want her wrestling. I want her to be a good angel that sits on my shoulder that directs me to do the right thing. That’s going to be the key. I hope she has some acting ability and acting background. I’m not looking for a 25-year old (necessarily). Debbie Kruck would be perfect.

All this for just a one night gig? Perhaps not! Nash also adds that one of our beloved ex-Divas, Torrie Wilson [who he discovered] was only meant to do a one night stint in WCW — and we all know how that turned out!

It’s being presented as a one-time thing. If we find a diamond in the rough, it could lead to a permanent position. … I remember seeing Torrie Wilson in Gold’s Gym in California and we took her to the L.A. Forum, I brought her backstage and had her walk into the ring with (Scott) Steiner. (And the rest is history.)

So could you be the next Miss Elizabeth or Torrie Wilson? Send in your application to [email protected], including a picture and an essay [yes, an essay — I thought the idea was to stand around and look hot?] on why you should be Nash’s valet [there aren’t that many reasons, let’s be honest]. Don’t let it be said that Nash doesn’t know how to treat a lady, he sure showed Traci a rockin’ good time.