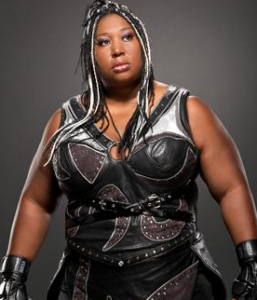 The ‘too fat’ saga continues…

Following online backlash towards the WWE Hall of Famer, Kharma has come to Jim Ross’ defense over a comment made several years ago which she mentioned this past Monday on Raw during a heartfelt promo.

Kharma recalled how she had auditioned for Tough Enough 2 only to be told she was ‘too fat’ for the WWE by Ross. Since the segment aired, Ross has been getting jibes sent to him via Twitter which he addressed earlier today.

Writing a blog about the situation, Kharma said:

If @JRsBBQ hadn’t shot from the hip all those years ago, I wouldn’t of had the fire to succeed as much as I did. I wouldn’t of had the strength to sacrifice being with my family, my country, my native tongue to live in Japan for 6 years and learn this craft. I owe Mr. Ross a great gratitude.

Kharma also notes that JR was one of her supporters in being signed by WWE when she left TNA last year, and that they’ve been good friends since meeting at the Cauliflower Alley Club reunion last year.