Recap of Alicia Fox on The Mo’Nique Show 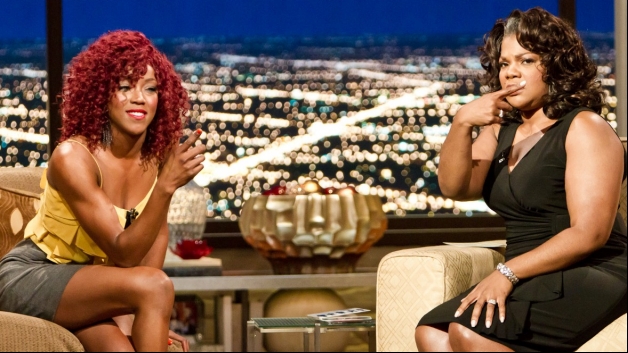 WWE Diva, Alicia Fox, is set to appear on The Mo’Nique Show tonight at 11pm ET on BET. Recap below:

* Alicia is up next. Backstage, she has a run-in with a wannabe wrestler in a cape who tells her, “This isn’t over!”

* Mo’Nique discusses Alicia making the jump from modeling to wrestling, repeatedly calling Alicia a powerful woman. Alicia says that her mother was a big supporter of her going into wrestling.

* Alicia discusses injuries, saying her worst injury was a well-placed kick to the eyeball.

* Alicia proposes she and Mo’Nique team up to take on the Bella Twins, who she says are “babysitting” her Divas Championship belt. Mo’Nique calls her, Alicia and Kelly Price’s team “Triple Scoop Double Fudge Chocolate” and unofficially challenges them to a match.