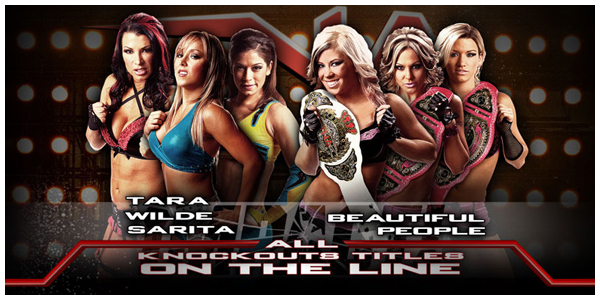 Both the Knockouts Championship and the Knockouts Tag Team Championships will be defended on next Monday’s live episode of Impact it has been announced. The Beautiful People will defend all the gold against Tara, Sarita and Taylor Wilde on the show.

The match marks Saritaylor’s long awaited return to Impact meanwhile, it will also be one of Tara’s final appearances.

Impact airs next Monday at 8pm on Spike TV.