Layla and Maria have found new homes in the WWE Universe, but what will Creative come up for them (if anything)? Well Diva Dirt as always, is here to lend a helping hand with our ideas for the Divas on their new shows! 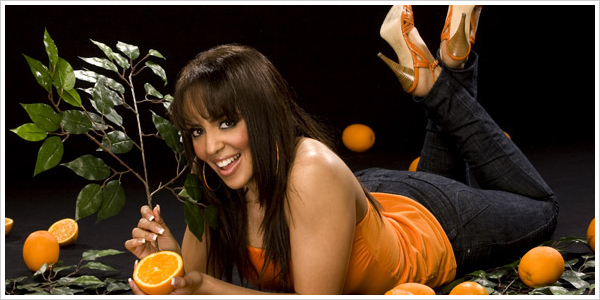 Layla
When I suggested Layla move to Raw in Diva Draft three weeks ago, I feel as though I really threw it out there. This is a move that many didn’t see coming and has divided fans. Well I’m going to throw the ball even further out there with my plans for Layla on the Raw brand. With Melina injured and Mickie James as the only face Diva on Raw, this could be a great opportunity for Layla to come in as a face. Debuting on a new show really can give your character a boost and for many in the past, has been an opportunity to repackage their character. For the audience, as it’s a new brand, we are more willing to accept a face turn or a heel turn also. I think this would definitely help Raw’s women’s division which has lost Melina and Candice to injury, Maria has moved to SmackDown and Ashley is in limbo; it would also freshen up Layla’s character and give her debut some meaning rather than have her debut in a backstage segment or something. Maybe having Layla debut as Mickie’s tag team partner in a match with Katie Lea and Beth Phoenix on Raw or something. Had Melina not been injured, I wouldn’t suggest this but I think a plausible opportunity has presented itself and WWE could capitalise from it – they need more faces to work with Mickie, because she’s on her own at the moment and Layla is pretty much a “new face”, WWE could easily veer her character to be a face to coincide with her Raw debut.

How would I like to see Layla introduced to Raw? I would definitely want her to address her new change of attitude, because otherwise it would just be weird. On Raw, I would have Layla in the ring following a commercial break or something, do a dance routine (because it’s what she’s famous for) followed by getting on the microphone and saying how happy she is to be here on Raw and in front of this crowd and perform for the fans each and every week. This would be a nice contrast to her final ECW appearance, where she berated the crowd and said she wants to move to a brand where she is more appreciated. This would set up Layla as a face. But to put more momentum behind her, at this point I would have Jillian‘s music hit and her come down to the ring and tell Layla that this was supposed to be her segment because she wanted to debut her new single or something. Jillian would continue that she doesn’t know what happened (sort of a pun, i.e. the producers cut her segment because she’s a bad singer and gave it to Layla) and tells Layla something like, “I know you’re new here but there’s a pecking order here on Raw” telling Layla that she’s on top and Layla is way, way further down. Jillian would then tell Layla to hit the bricks because this is “her time” resulting in a catfight. This would push Layla as a face and set up a feud to get her started on Raw, albeit a lesser feud to the Women’s Championship feud. This segment would take up less than five minutes. The following week you could have a singles match between the two, this establishes Layla as a face and from there you could have tag team matches like Mickie and Layla versus Jillian and Katie Lea or something.

Another idea would be pairing Layla up with fellow ECW draftee, Kofi Kingston with the premise that they’re both from ECW and are sticking together. Kofi could come to Layla’s rescue in said catfight with Jillian and she could go onto manage him while being a part time wrestler and you could even go the romantic route. For some reason, I like this pairing and I think it’s logical to have the ECW stars want to stick together.

Maria after the cut: 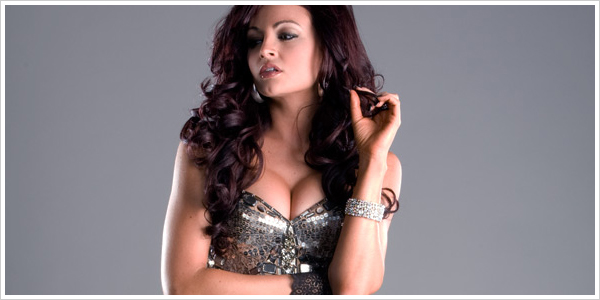 Maria
Maria really has an opportunity to start afresh on SmackDown, refresh her character and become more of an in-ring competitor than merely a character. I think WWE’s priority with Maria is to establish her as a wrestler more than anything, because let’s face it, she barely got any ring time on Raw and was more a character than a fully fledged wrestler. Meanwhile, SmackDown has done a fantastic job in establishing Maryse, Cherry and Kelly Kelly as wrestlers rather than characters in recent months and that’s exactly what Maria needs. They need to book Maria in more matches over the course of the next few weeks, so the fans are used to seeing her in the ring on a regular basis and this will set Maria nicely to be taken more seriously in the same way as Maryse, Cherry and Kelly.

No doubt, given Maria’s star power she will automatically shoot to the top of the women’s division alongside Michelle McCool and I think the main focus of the division should be Michelle, Maria, Natalya and Victoria. In her first feud on the show, I would love to see her work with Victoria. Victoria seems to be the go to Diva on SmackDown for putting over others and I think her personality is suited to be an antagonist to Maria. Victoria plays the mean girl very well, she could bully Maria on her first night, leading to a feud over the next few weeks and singles match. This would later tie into the Michelle-Natalya feud with Michelle and Maria teaming up with Natalya and Victoria.

Perhaps this week on SmackDown, Victoria bullies Maria backstage and then shoves her or something and then Maria costs her a match with Michelle later in the night. You could then hype Maria making her in-ring debut the following week, getting a clean win over Maryse and after the match, Victoria hits the ring and her and Maryse double team on Maria. This would lead to a singles match and so forth. Victoria seems a great starting point for Maria and I think if she can work with Victoria, she can work with anyone. If WWE knows what they are doing, they will put her in the ring with Victoria to start out with and see how she fares and from that they will know how much work she needs. Kelly, Michelle and Cherry have all prospered from their matches with Victoria, she’s almost a measuring stick to see how competent they are in the ring. Either way, the main focus needs to be on Maria as a wrestler.