Diva Dirt welcomes guest contributor Leslie from our partner site, Dirty Dirty Sheets, who will be bringing us a series of articles looking at the incredible career of Manami Toyota, the 2011 Diva Dirt Legacy Award recipient.

We at Dirty Dirty Sheets were ecstatic when Diva Dirt reached out to us at DDS for this series of articles on Manami Toyota’s career. She is an incredibly important wrestler and very worthy recipient of the Diva Dirt Legacy Award. For our final article in this series, we decided to do some reaching out of our own. We’ve talked to some great people from around the wrestling world so that they may offer their thoughts Toyota and her legendary career. 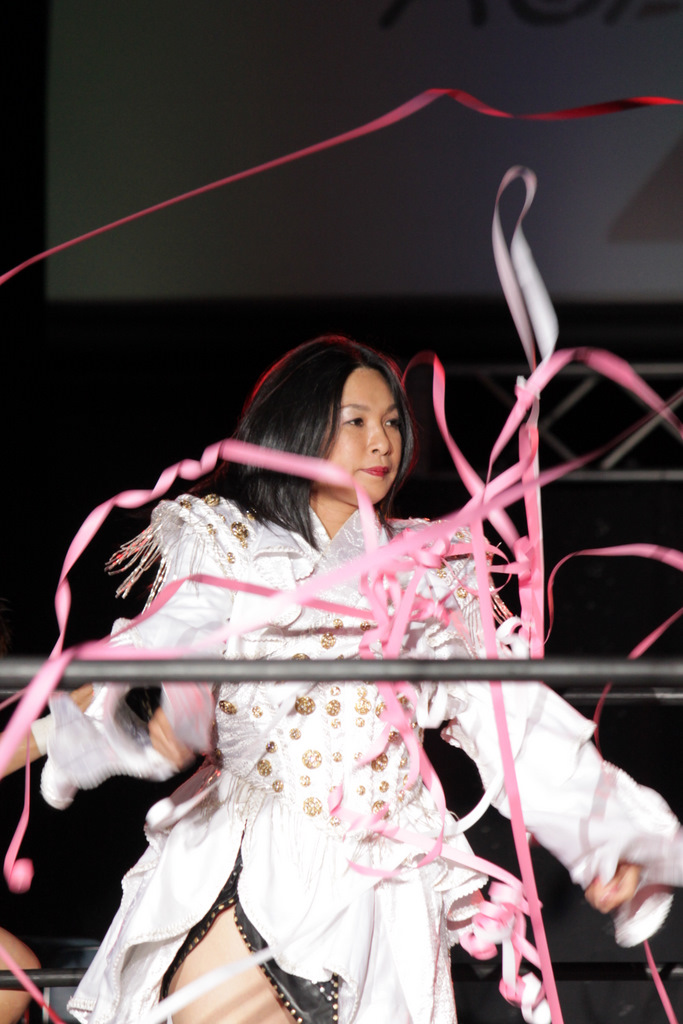 First we spoke with Nami, our own amazing photographer, who captured all the stunning photos you’ve seen included in these articles. Nami is Toyota’s most dedicated fan and, besides attending most of Toyota’s events in Japan, came to the United States for Toyota’s CHIKARA debut.

“As a Joshi pro-wrestler, Manami Toyota is very strong in every sense. Her power and beauty always go together wonderfully. I think it is of supreme value that women have these qualities, so she is my idol.”

The third-generation, pin-up strong WWE Diva Natalya is also an admirer of the Flying Angel: “I watched Manami Toyota wrestle when I was training in Japan and she made me want to be a champion. She had a presence about her that was fierce. Manami was as tough as nails, but poised and beautiful like a butterfly. These are where my diva roots started. Manami Toyota is the epitome of pinup strong: bold, bright and beautiful!”

Ring of Honor star Mia Yim has had the opportunity to get in the ring with Toyota during her recent tours of Japan. Just think: Mia was born almost two years after Manami Toyota debuted!

She had this to say about her experience:“I learned so much from wrestling Manami Toyota. Even outside the ring, she is such a sweet and down to earth person. I feel extremely honored to have wrestled her twice. I will never forget my time in and outside the ring with her. She is truly a legend.”

Portia Perez, worst person in the world, scourge of ACW, SHIMMER, NCW: Femmes Fatales, and life in general, stepped in the ring with Manami Toyota at JoshiMania. She simply had this to say: “That was the hardest I’ve ever been hit in my life.” 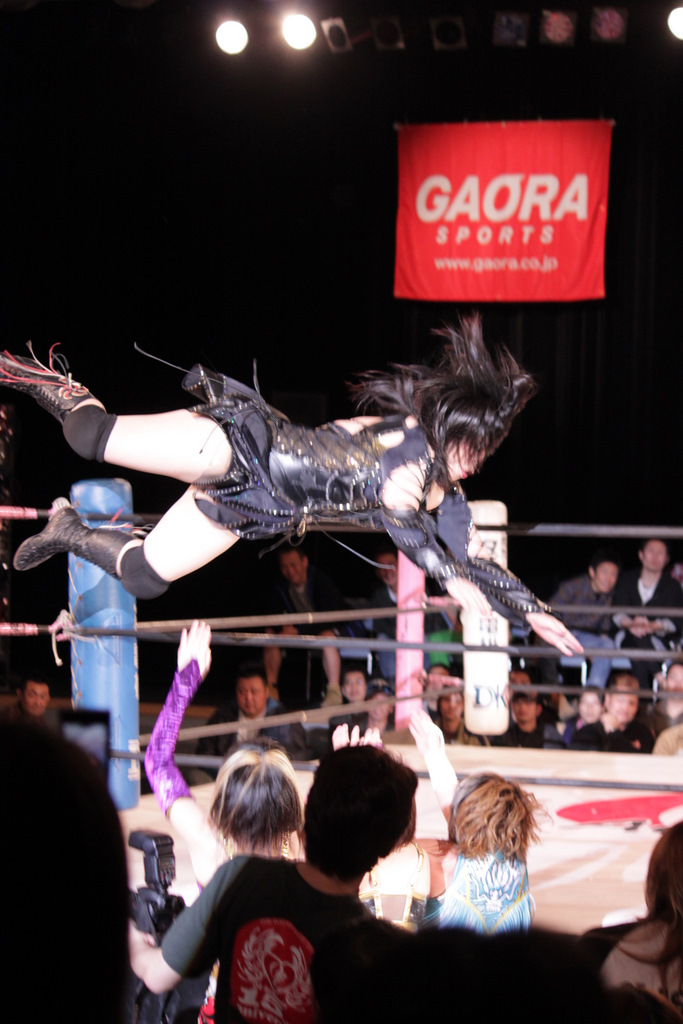 Perhaps no woman in wrestling is a better example of Manami’s influence than WSU and AAA star Rain. As one of the pioneers of the recent women’s wrestling renaissance, the 11 year veteran Rain has competed in IWA-MS, ChickFight, SHIMMER, ACW, FIP, and numerous other notable promotions. Through it all she’s always kept one thing of Toyota’s handy: The Japanese Ocean Cyclone Suplex. This nod to Toyota has sent many US fans to look up the woman who innovated the incredible maneuver.

Here’s what Rain had to say about Toyota: “Manami Toyota was one of the first Japanese women wrestlers I ever watched. From watching her on VHS, DVD, and later YouTube, I could tell she was a strong woman and competitor. I was instantly drawn to her and her wrestling style. I’ve looked up to her over the years and even borrowed a few things from her that had really stuck with me, things I could introduce into American women’s wrestling. She had done things I was never taught until later in my career. Watching how she wrestled and gave her all every time really made me want to give everything I’ve had every time I stepped into the ring. This is a woman who has worked so hard and earned everything she’s received, and much more. This is a woman I will respect for the rest of my life, and I hope to meet her at least once in my life time. I would just like the opportunity to say, ‘Thank you’, to her.”

And finally, the Queen of Wrestling and top CHIKARA star Sara Del Rey has faced off against Manami Toyota many times throughout her career. As competitive as they have been against one another, there has always been mutual respect.

The Queen on her fellow wrestling monarch: “Manami Toyota is maybe the most influential Joshi star in women’s wrestling. At least to me she was one of the first women I saw doing things equally spectacular as the guys. You could tell she had a heart and passion in the ring that was like no other. She presented herself with style, grace and a feminine beauty, but you also knew she could downright kick your butt. She is the perfect combination of everything people love about the sport and she appeals to everyone. There are a million reasons why she is considered the best and none can be argued because she is.”

That’s just a small sample of the people, fans and wrestlers alike, who have been touched and influenced by Manami Toyota’s career. Her skill is unmatched. Her grace is unparalleled. She’s put on countless stunning matches over a 24 year career, yet continues to this day to amaze fans across the world. Manami Toyota is, simply, the greatest professional wrestler of all time.

We hope everyone has seen the Legacy Award ceremony as well as the exclusive backstage interview Diva Dirt conducted with Toyota. Likewise, we hope you’ve all put the JoshiMania DVDs on your Christmas list. They were three stellar nights of wrestling where Manami, with 11 other amazing women, showed exactly what makes Joshi Puroresu must-see for all wrestling.

We leave you with one more video, prepared by DDS’ own Chris (@ChrisC06). We call this “Manami Toyota – Legacy.” It’s a special look back at her long and amazing career. Enjoy!

Thanks again to all of you for following our series of articles on Toyota. Thanks from all of us at Dirty Dirty Sheets to our friends at Diva Dirt for allowing us to be a part of this celebration.