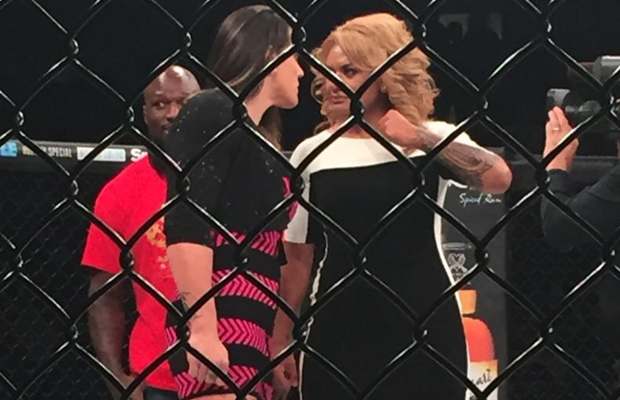 Former TNA Knockout and current GFW talent Lei’D Tapa will fight inside the octagon for the first time on New Year’s Eve.

Tapa has been announced for Japanese MMA promotion Rizin Fighting Federation’s New Year’s Eve event, where she’ll face Brazilian jiu-jitsu standout Gabrielle Garcia. Both will be making their MMA debuts in the fight.

The fight was announced at last night’s Bellator 145 event, where Tapa and Garcia came face to face in the cage.

According to Wrestling Inc, Tapa has been training for her MMA debut at American Top Team with UFC fighter Amanda Nunes, is a two-stripe blue belt and competed at the Atlanta IBJJF Open International Championship earlier this year.

The event will air on Spike TV at 10am ET on New Year’s Eve.