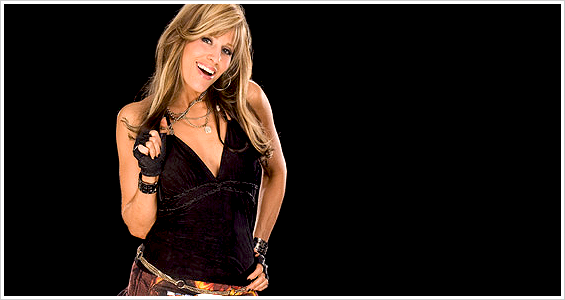 I was taking a look at a new WWE.com photoshoot featuring Lilian Garcia, and it got me thinking – should Lilian have a more prominent role on WWE television? It seems as though she’s been around forever, but hasn’t contributed much to the overall product.

On one hand, she has the looks and charisma – more than some of the current Divas, I’d say – to warrant a decent role. She’s not a wrestler, of course, but if she were paired with a Diva – say Jillian, whom she was to feud with sometime last year, but plans for which were inexplicably abandoned. She could certainly play a role in a decent storyline, providing a foil for a heel Diva to torment and a face Diva to stick up for.

On the other hand, she has been involved in storylines in the past, however brief. Anyone care to conjure up the memory of her proposing marriage to Viscera? Yeah, I too have tried to block it out mentally. But isn’t that the fault of the WWE writers, whom haven’t come up with something decent and original since the turn of the millenium? Is that a true test of Lilian’s potential (or lack thereof), or does the failure of that storyline lie elsewhere?

So what do you think? Should Lilian’s role be expanded, or is she merely a ring announcer to you?