Lita on WrestleMania 25: “I Was Dying Laughing” 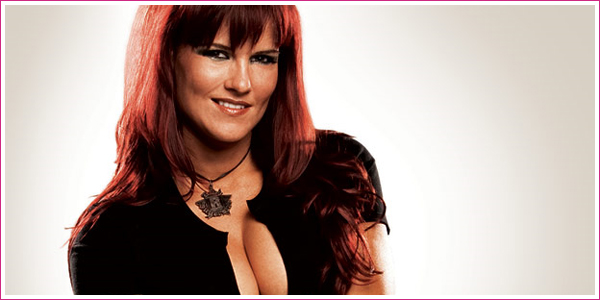 Three months after the fact, people are still talking about the trainwreck that was WrestleMania 25 [seriously, we need to name that shit — WrestleManiagate? Comment with your suggestions!] on April 5th. The latest Diva to weigh in is former four time Women’s Champion, Lita – real name Amy Dumas – in an interview with ChangeTheRecord.net:

Faye: Were you invited to take part in the 25-Diva Battle Royal at WrestleMania 25, this year? If so, why did you turn it down?
Amy: Did you see that match?!
Faye: Yeah, it was so bad!
Amy: Right, thatâ€™s why I turned it down. [laughs] I did watch it, though. I was dying laughing, I was in stitches, rolling on the couch, thinking, â€œThank God, Iâ€™m not there, because that is nothing I need to be a part of.â€ No, first of all, let me tell you this, because Kid Rock was playing for like forever, right? I was like, â€œGet out of the way, what is this guy doing?! Come on! I didnâ€™t know this guy still sang!â€ and then, these girls started coming out and Iâ€™m thinking theyâ€™re like his hoes, his hired dancers, about to break out into some choreographed BeyoncÃ©-shit, but then I realised and was like, â€œOh my God!â€ I can only imagine them being like, â€œSo, what weâ€™re wanting you to do is: grab Kid Rockâ€™s leg, start grinding up on it, then go into the ring and do a drop toehold.â€ Iâ€™d be like, â€œAbsolutely not, under no circumstances.â€ So, yeah, that is why I did not do that match.

Best. Response. Ever. Am I right?

Dumas also notes that she has no desire to get back into wrestling.