Liv Morgan Talks Her Personal Style, Growing Up as a Wrestling Fan & More 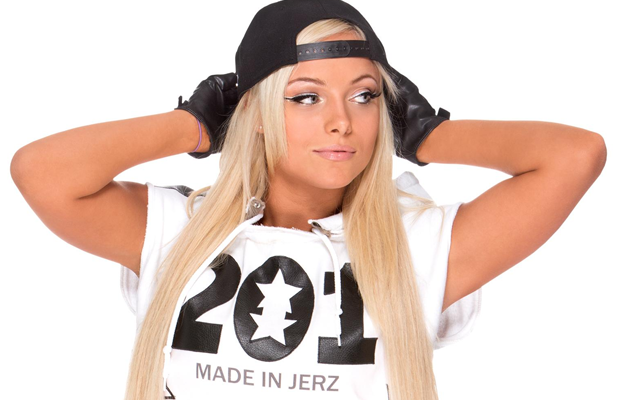 NXT Diva Liv Morgan recently took part in an interview with WWE.com, shedding light on her history as a wrestling fan, detailing her personal style and more.

Liv shared her experience growing up as a wrestling fan, revealing that she “fell in love” with the WWE the first moment she watched it:

“I grew up a huge wrestling fan. My mom was a single parent raising six kids, and she worked very hard to provide whatever she could for us. We didn’t have fancy material items, but we had cable, which meant we had WWE broadcasting multiple times a week. That completely took over our lives. I fell in love with it the first moment I watched.”

Her love of wrestling eventually gave way to backyard wrestling, which she says gave her the opportunity to emulate Lita, the Diva she related to most:

“We dug four poles into the ground and put lawn chairs in front of them for buckles. We tied three pieces of industrial rope around the corners, and the only mat we had was a stacked-up pile of lawn chair cushions. When we finished, we thought it was the most awesome thing ever, and my house instantly became the after-school spot for all of my brothers’ friends. I would literally take Pedigrees and powerbombs like it was my job….I always pretended to be Lita. All the Divas were so glamorous and girly, and I was such a tomboy and didn’t have nice clothes. When I saw Lita come out in baggy pants and sneakers, wrestling the boys, I thought she was the coolest thing ever. I related to her and thought she could be my friend.”

On the strides her fellow NXT Divas have made, Liv expressed her excitement to eventually be a part of it:

“Seeing the spotlight on all the women in the company is empowering. Not only girls want to see the women wrestle, but men want to, as well. The fact that Bayley vs. Sasha Banks in [TakeOver:] Brooklyn was acknowledged as NXT’s Match of the Year is just as telling as what the female talent is capable of, and I cannot wait to be a part of it.”

Liv also spoke about her personal style and the importance of individuality:

“I don’t know how to be anything other than myself. I’m not a fan of makeup or dressing up. I feel best when I’m in sweatpants, a pair of J’s and a snapback. I grew up heavily influenced by hip hop music and pop culture, and I’d choose pizza over everything. There is nothing like individuality and to feel alive in your own skin. I want people that grew up struggling like me to know that no matter what circumstances you live in, even when you feel it’s hopeless, if you work hard and believe in yourself, you can and will achieve anything. No dream is too big.”

You can read the full interview on WWE.com.