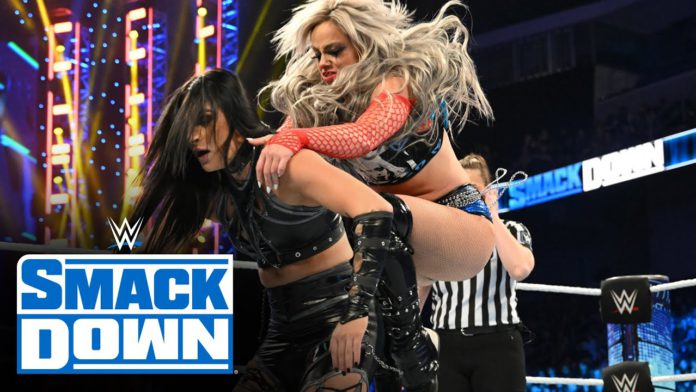 First, the evolution of Liv Morgan contiues as she continues to show a different side of herself. Relentless in a match that showed Sonya Deville in a light we haven’t seen her in a while had a result where both women would favor with a double count out. With a not contest result booking may have made it so Deville didn’t take the loss, but she would take the brunt of a post match attack.

Morgan stacked up the chairs in the ring to create pain for Deville after she landed on them off of a superplex from the middle ropes. Morgan who would land on the chairs as well was seen smiling for her actions.

Ronda Rousey will be issuing an open challenge for the SmackDown Women’s Title next week. More on that here.

Check back in with Diva Dirt for more news and results from the women of SmackDown.