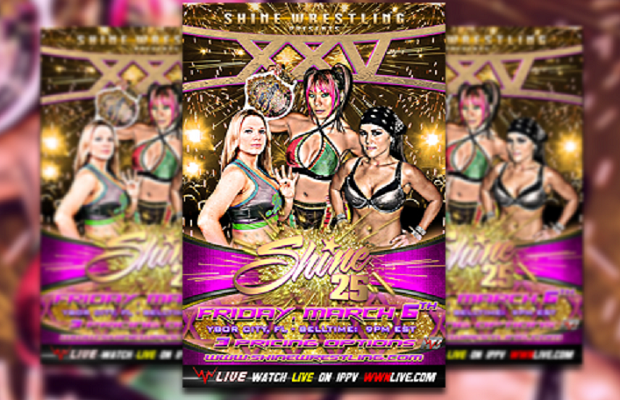 The main event sees SHINE Champion Mia Yim and Nevaeh going on-on-one with the title on the line in a Two Out of Three Falls match.

Also on the card, number one contenders The Kimber Bombs (Kimber Lee and Cherry Bomb) will take on SHINE Tag Team Champions Legendary (Malia Hosaka and Brandi Wine) with the belts on the line.

SHINE 25 comes to us live from the Orpheum in Ybor City, Florida at 9pm Eastern (2am GMT) and live on iPPV. Click here to order the show.

Check back for a full review this weekend!