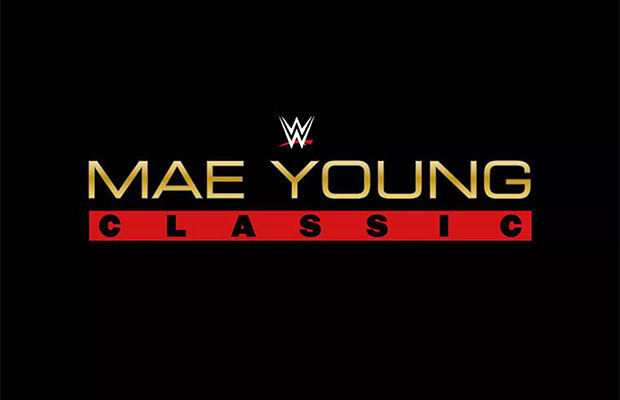 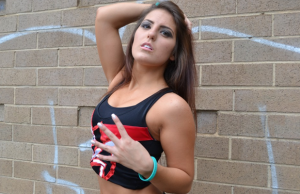 Bio: Third-generation grappler is the daughter of Four Horseman Tully Blanchard and the granddaughter of wrestler/promoter Joe Blanchard, though she was raised by her stepfather, wrestler Magnum TA. That’s a lot of wrestling in the family, and Tessa has absorbed some of the finer points of the game by association. Blanchard trained under George South and made her pro debut in 2014. In three short years, she has become one of the most buzzworthy female stars on the independent circuit. Blanchard inherited her father’s cocky personality and terrific promo ability and has excelled as a heel, winning the SHIMMER tag team title with Vanessa Kraven in November 2016.

Style: Mouthy heel that will do anything to win. The apple doesn’t fall far from the tree.

What to Watch For: Primarily a brawler, she has a superb slingshot suplex and an underrated submission game. Opponents who think assume she’s green and coasting by on her famous surname are in for a surprise.

Biggest Strength: Lack of scruples. Blanchard will do anything to win a match. She has made it absolutely clear that she wants to make it in WWE, and the Mae Young Classic is her opportunity. Look for her to try to make and break alliances, cheat, and pull out every dirty trick she needs to in order to advance.

Biggest Weakness: Experience. Blanchard has only been wrestling for three years. Her stamina, technical know-how, and determination are still largely untested. She’s not the strongest in the field, nor the best pure wrestler, nor the best high-flier, but she absolutely has the biggest mouth. That could make her a target, and she may not have the skills to back up the checks her mouth writes.

Summary: Let’s face it – WWE would probably love to have Blanchard on its roster. She has the name and the look that WWE covets. Storylines with Charlotte and Natalya write themselves. But Blanchard needs to prove that she is able to stand on her own and prove that she deserves a spot. Win or lose, the Mae Young Classic promises to be her coming-out party. 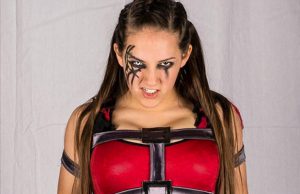 Bio: Logan made her pro debut in 2011 after training under her mentor, Madman Pondo. She cut her teeth in hardcore matches and captured the JCW tag team title with Pondo in 2015. With her signature Friday the 13th-style goalie mask and unorthodox ring style, Crazy Mary developed into a favorite on the independents. Over the past couple years, Logan has made a concerted effort at building muscle mass through a comprehensive powerlifting training regimen. She has also looked to add more dives and power moves into her offensive repertoire. She signed a WWE developmental contract in October 2016.

Style: Logan’s style coming into the Mae Young Classic is an unknown. In the past, she has favored a high-risk, brawling style that has made her a fan favorite on the independents. Hardcore isn’t in vogue in WWE these days, so she may be tempted to tone down the brawling and rely more on power and conditioning, which would give her an edge over much of the field. But, crazy is as crazy does … when push comes to shove, don’t be surprised to see Logan put her body on the line to get an advantage and to pop the crowd.

What to Watch For: The split-legged moonsault, the headstand knee drop.

Biggest Strength: Unpredictability. Logan enters the tournament with a proven brawling background and impressive physical strength. She’s also been known to come off the ropes and to grapple. Despite her six years in the game, she’s difficult to scout. Her ring style seems to be in transition at the moment, and her opponents are going to have to guess as to what they’re going to see when they step in the ring with her.

Biggest Weakness: Immaturity. As Crazy Mary, Logan frequently threw matches away by opting for flashy moves and dives instead of going for the win while she could. If she’s going to advance in this tournament, she needs to be smarter. She doesn’t have to win on style points; she has to score pinfalls to advance. That means she may have to be more conservative than she has been in the past. At 23 years old, she need to remind herself to take things slowly, take things one match at a time, and not take unneeded risks that could cause her to be eliminated.

Summary: Logan has plenty of potential and figures to be a player in NXT in the future, but we suspect she’ll need just a bit more seasoning in developmental before she’s ready to take that next step. Expect her to advance in the opening round and perhaps into the quarterfinals, but once her more experienced opponents have a chance to scout her out and adapt, she’s likely to get bounced. 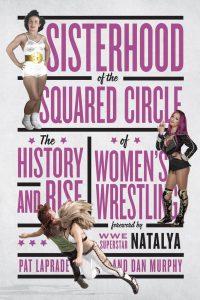 For more history and profiles of women wrestlers, check out Sisterhood of the Squared Circle here.