Make Your Own iMPACT! on Awesome Kong 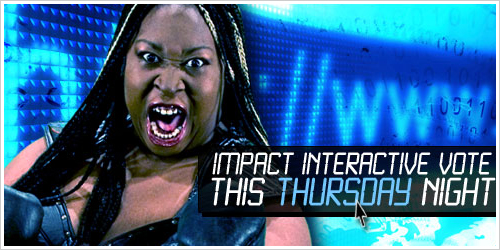 All this emphasis on WWE, it’s time to mix things up a little bit! This Thursday night, TNA hopes to capitalise on the influx of WWE fans heading to Orlando for WrestleMania with a live edition of iMPACT! on Spike TV. On that broadcast, you will get to vote for Awesome Kong‘s opponent in a live interactive vote! Although it is unknown at this time, the pool of Knockouts you can vote from – all will be revealed during the broadcast on Thursday night.

Granted, it is rather like WWE’s Cyber Sunday, but there are no T&A fulfill your fantasy battle royals here folks! Given the amazing action we’ve come to expect from the TNA Knockouts over the past few months, this should be just another notch on their belt as the continue to dominate women’s wrestling in North America! We advise you to tune in, this Thursday night, iMPACT! on Spike TV – if only to see how this groundbreaking interactive vote plays out!