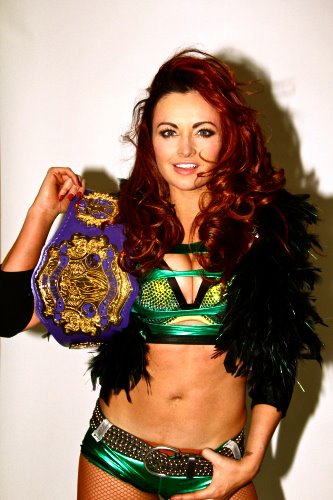 The finish did not come without some controversy, though, as Maria’s boyfriend, Mike Bennett began to destroy various referees for not counting quickly enough during Kanellis’ pin attempts. Ultimately, after a few refs felt his wrath, Maria put Winter away with the Bulldog to regain the championship.

This is Kanellis’ second reign as FWE Women’s Champion. She previously held the title as the promotion’s inaugural champion before losing it to Winter just one month later. Winter then went on to defend the belt against another former WWE Diva, Melina, in a match with a special referee in the form of Lita, but upon Kanellis’ return match for the title last night, she fell victim to the First Lady of ROH and her intimidating boyfriend.