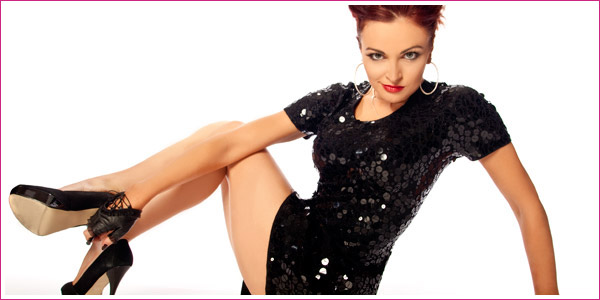 A precariously worded article at The Sun suggests that SmackDown Diva, Maria may be ‘eyeing her WWE farewell’. The recent Slammy-award winning Diva spoke on Sky Sports News yesterday, which is cited in the piece:

TAKE one last lingering look at these snaps of stunning Maria Kanellis — because she might not be a WWE Diva for too much longer.

“I’ve been with WWE for five years, so I don’t know when is going to be the end.

“But I am looking at outside projects right now and doing other things.

“I just got announced as one of the cast members for the US version of Celebrity Apprentice and I’m also on an album coming out in April.

“So I’m starting to do other things and it’s partially because one day I want to be a mum and I want to get married and you can’t really do that when you’re on the road.

“So I’ve got to find a job that will allow me to do that.”

Read more by clicking here. While Maria’s outside ventures have been well documented here at Diva Dirt, there hasn’t been much to suggest that she may using her upcoming projects to leave the WWE. I’d hazard a guess that Maria’s comments here are more of case of ‘looking to the future’ as opposed to any immediate plans.

That said, it doesn’t seem to me that there is much more for Maria to accomplish in WWE — frankly, I can’t see her holding either the Divas or Women’s Championship. Meanwhile, she’s more often absent from SmackDown than she is used.