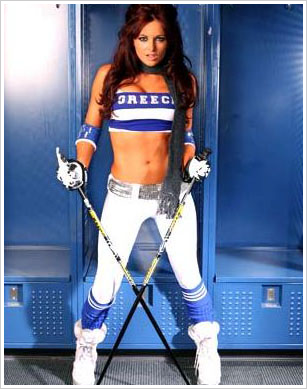 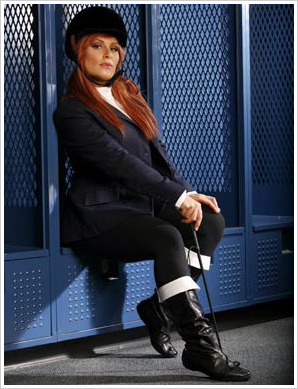 Following last night’s “Summer Olympics” tag team match, Maria and Natalya have posed for the cameras in their Olympic costumes. Maria makes for a sexy skier, although hers is definitely not a Summer Olympic sport. Points for effort, though. Natalya opted for a less-than-flattering, yet inventive Equestrian costume. It make not be as sexy as Maria’s getup, but at least her sport is actually being contested! Which do you prefer?