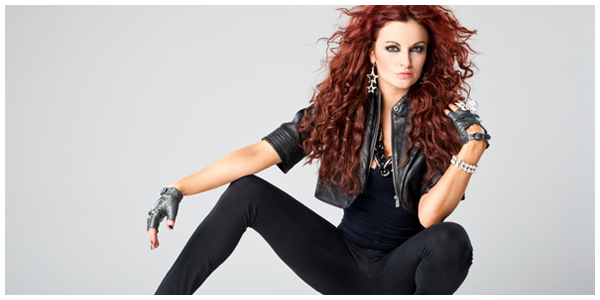 As reported earlier in the month, SmackDown’s Maria Kanellis will release her debut EP ‘Sevin Sins’ on April 13th and in a new blog at WWE Universe, she has revealed some more details about the record including the first single she will be releasing. She writes:

My ALBUM!! Ahhhh…. one of my dreams is finally coming true!! I have been a writer my entire life. I love to express myself in words. Now, my words are combined with music and I am excited. The single to my first partial album is called, “Fantasy.” It is a song I wrote when I was having a hard time. I wanted to be some boy’s fantasy but he didn’t care. I wanted my life with him but he wanted nothing to do with me. Something I think happens a lot to men and women. The album is called, “Sevin Sins.” It is available on ITUNES on April 13. 13 has been a twisted lucky number for me. There are 4 original songs written by me, 2 music videos, and a free original photo booklet. My album is Rock music, Twisted lyrics, and Sex appeal. I will be coming out with “Fantasy” in February. I hope you all support me in my dream. I can’t wait to share my thoughts through music with you.

As we reported at the time, Maria’s album is named after her boyfriend Vin. Mickie James will also be releasing her debut single next month with an album to follow in March.

Meanwhile, the Wrestling Observer reports that Maria is expected to take time off from WWE television soon noting that it’s likely a clause in her contract for NBC’s Celebrity Apprentice that she can only be seen on that show for the duration of it’s season. So if you’re wondering where Maria’s gone in a few weeks time, that’s why.

Good luck to Maria on her music. I doubt it will be my cup of tea — in fact I’m sure it won’t but it’s nice to see both her and Mickie following their dreams. If it makes them happy, good for them.