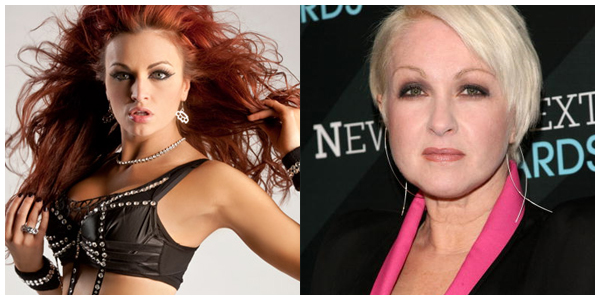 As an aspiring singer, SmackDown Diva Maria Kanellis no doubt looked up to Grammy-award winning singer, Cyndi Lauper — that is until she met her. Kanellis, who will co-star with Lauper on The Celebrity Apprentice, told an Arizona radio station that Lauper was ‘mean’ according to the Wrestling Globe Newsletter:

Excuse me while I get the obvious pun out of the way: I guess Maria can see Cyndi’s true colours shining through.

The Celebrity Apprentice begins on March 16th on NBC.