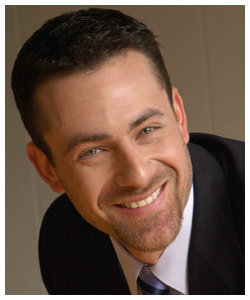 The stage is set. This Saturday night, San Francisco will play host to the end of a wrestling career. Taylor ‘Shantelle Taylor’ Wilde’s career to be exact. The former TNA Wrestling star will hang up her boots following a bout with Alissa Flash at Pro Wrestling Revolution. That has been widely publicized. But Frisco will also play host to the birth of a wrestling career… well, so hopes David Buckler.

Like most professional wrestling fans, Buckler, 37, has always dreamed of being involved in the wrestling business. But also like most wrestling fans, his dreams have remained just that: a dream. Until now that is. Contributing to Diva-Dirt.com, who along with ChickFight and Pro Wrestling Revolution, will present Saturday’s big retirement match, opened a door that seemed to be bolted for much of his life. Now David will find himself in a wrestling ring as a ring announcer.

“It’s something that I thought I’d never had the chance to do. As you get older, a lot of things are taken away from you, not many things are given to you,” said Buckler, a project manager for a defense contractor in Northern Virginia.

Friendly and charming, David may seem like he’s living the American dream — a wife, two kids, a steady job and even a side gig as an actor — but wrestling has been a big part of his life since childhood. “I started watching wrestling back in 1985. I lived quite close to Hershey Park Arena. My friends and I would go to a lot of WWF shows that would come through the area,” he recalls of his hometown of York, Pennsylvania. “I fell in love with the athleticism of the wrestlers, the excitement of the crowd, the pageantry, the music, the characters that were in the ring. Everything about it was really exciting for me.”

Admitting he could never see himself as a wrestler, David had always hoped to contribute to the sport he loved in some other aspect. “I knew it was something I wouldn’t physically be able to do, and I did want to go to college and get an education.”

Adulthood, marriage, and children soon followed and the seemingly impossible dream was fading.

Twice before his break with ChickFight, David brushed with the wrestling industry, but it didn’t work out either time. “A few years ago I did get in touch with a company in Virginia about an opening they had for a ring announcing job. We talked about it but they wanted more of a commitment than I could give them.”

His second brush with wrestling had a lot to do with his other passion: acting. In 2003, David took up acting and has since landed roles in movies and even has his own IMDB page. “I said, ‘Maybe this is something that I can do just for fun’. I’m never gonna have great success, but it’s been fun.”

That acting experience nearly paid dividends a couple of years ago when he was cast by the titans of wrestling, WWE, for a spot on Monday Night Raw. “I got booked to do a commercial. At the last minute, they canceled me.” The commercial turned out to be a spot for WWEShop.com with ‘Hacksaw’ Jim Duggan. David’s replacement? A buxom female. Go figure!

“I just remember being absolutely devastated. I have loved this for so long and it had been such a big part of my life. This seemed like, ‘Wow, I’m going to get the chance to do something with WWE’, and at the last minute it fell apart.”

Keeping his wrestling dream alive, David stumbled across Diva-Dirt.com in 2009. As readers of that site will know, Buckler is an avid Beth Phoenix fan and when the opportunity came along to join the Diva Dirt staff, he jumped. “When I became part of Diva Dirt, it just exploded for me. It was so exciting being able to share my passion, being around people who were as motivated as I was. It was a real challenge to say, ‘You know, I’ve wanted to do this for so long now let’s see if I can do it. Let’s see if I can write interesting articles and contribute to the audio programming’.”

David’s column, ‘Hitting the Ropes’ was, pardon the pun, a hit with readers. He also successfully anchors Diva Dirt LIVE, a weekly radio show produced by the site.

Last year, Diva Dirt and sister promotion ChickFight announced they would be teaming up to promote a series of matches and events in 2011. The opportunity came up for Buckler to get involved too. “With Diva Dirt getting into promoting, there seemed to be a natural fit here. Not just from a standpoint of putting our name on it, but we wanted to be involved in the promotion and presentation of the match,” he said. “So when I started talking to Jason and Melanie, it just came together because it fit my schedule and it was just something I really wanted to do.”

Buckler continues: “I’m very grateful to Diva Dirt and ChickFight to reach out to me and say, ‘Hey, we know this is something that means a lot to you’ and give me this opportunity.”

His appointment with ChickFight is a far cry from the previous ring announcing opportunity. “It’s a little overwhelming in the sense of, I thought I would do some ring announcing several years ago but that would’ve been in front of 20 people at a country fair in West Virginia for nobody you’ve ever heard of,” Buckler says with a laugh. “So now to get the opportunity to work with women who have accomplished a great deal in the industry is wonderfully exciting.”

Citing WWE Hall of Famer Howard Finkel as his ring announcing inspiration, David hopes to show the same confidence of the legend, but he’s admittedly a little nervous. “I like to be very prepared. I feel like I don’t quite know what I’m going to say yet. What I’m supposed to say yet.”

“About two months ago, when I found out about this opportunity, I couldn’t sleep for two nights. I was extremely nervous then. As we’ve gotten closer to the event, I remember what my friend Kevin said the time when I almost did the ring announcing [in Virginia]. I was very nervous back then and he said: ‘You know what, Dave? Just walk into that ring as you own it’. I’m going to hopefully carry that confidence.”

It’s not every day that people achieve their dreams, but David can now cross this off his bucket list, so to speak.

After years of watching his favorite wrestlers — including the Glamazon, Beth Phoenix — step into the ring, for one night in San Francisco, it’s his turn.

“It’s an absolute dream. I don’t know if I’ll ever get the chance to do this again. I don’t know where this will lead, but I do know this is a weekend I will never, ever forget.”

For more information and tickets about the ChickFight match, click here.