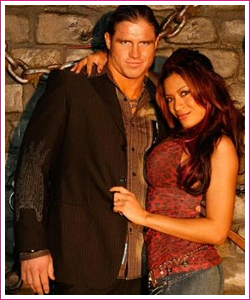 Now former Divas Champion, Melina will be one of the featured interviewees on John Morrison’s upcoming DVD release.

As well documented, Melina has played an important role in Morrison’s career and personal life so it’s fitting to see her take part in his DVD. Maybe one day he can return the favour? Perhaps that’s wishful thinking but I’d love to see a DVD release for Melina or Mickie James at some point.

The DVD, John Morrison: Rockstar will be released by WWE on February 16th.