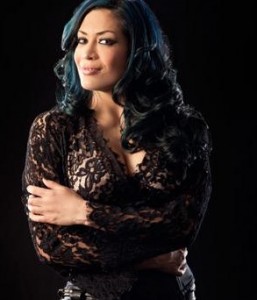 WWE has announced Melina‘s release via its official website today.

Melina, who just this week admitted to being ‘the most controversial woman in wrestling’, has competed at several WrestleManias and been a five-time champion during her run in WWE.

Melina initially tried out for Tough Enough 3 but didn’t make the cut. However, she was later signed by WWE in 2004 and assigned to OVW in Louisville, Kentucky.

Melina debuted in April 2005 with John Morrison (then Johnny Nitro) and Joey Mercury as MNM. She guided the team to several Tag Team Championship victories before breaking out as a solo star herself.

Melina won her first Women’s Championship in February 2007, and headlined her first WrestleMania that year also. Melina would go on to win the Women’s Title on two more occasions. In April 2007, she lost the belt to Mickie James at a house show and won it back the same night. In January 2009, Melina won her third Women’s Title from Beth Phoenix at the Royal Rumble after returning to action just a couple of months prior.

Melina is also a two-time Divas Champion, winning the belt in October 2009 on Raw and at SummerSlam last year.

As controversial as she is popular, Melina has seen her entire WWE career riddled with rumors and Internet reports about having a bad attitude, heat and more.

Whether it be in the ring or out of it, Melina is without a doubt, one of the most talked about Divas in history and will no doubt be remembered for years to come.

– Interview with Melina in April 2010