Michelle Can’t Keep It Up 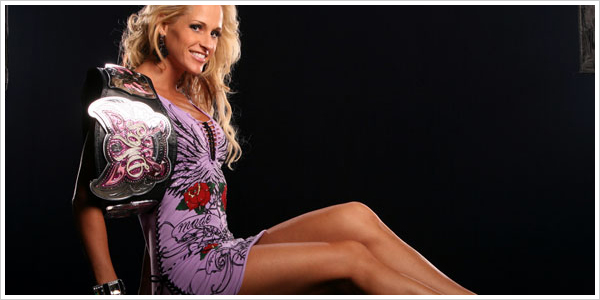 Sexual innuendo subsiding, Michelle McCool really can’t keep it up… her belt I mean! Two weeks ago on SmackDown, we saw Michelle make her debut as Divas Champion, every now and again stopping to try and hold up her belt around that skinny lil frame. Well she isn’t having any better luck in her inevitable photoshoot with the title, following the trend started by other face champions including Trish Stratus, Candice Michelle and Mickie James.

It’s almost as if Michelle is trying to give us two shoots in one, sporting two different looks with the title as an accessory. I’m not a big fan of either look, though I like the first outfit more so than the second one. Looks like someone went shopping at Torrie Wilson‘s store!