Michelle Made History, But is She the Next Madusa or Trish? 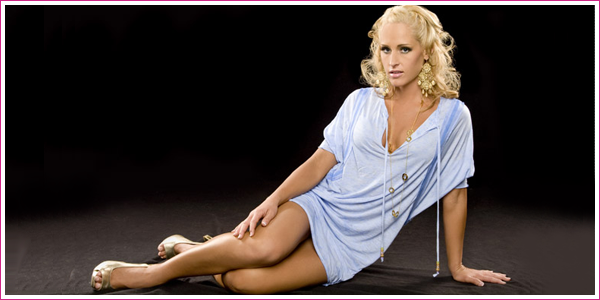 Get out your pitchforks, people, ’cause Michelle McCool‘s talking. Surely that fact alone would be enough to send certain fans into a raging frenzy, but this instance is a bit more meaningful. In a new WWE.com article, she’s making sure everyone’s aware of her history-making Women’s Championship win and becoming the WWE’s first Diva Grand Slam Champion (as we’ve lovingly dubbed it). Of course, the comments are in character, but it’s nice to see them paying attention to the distinction. Michelle says:

â€œBeing the first to win both the WWE Women’s Title and WWE Divas Championship is just the latest reason why I am better than all of the so-called ‘Divas’ who preceded me,â€ McCool said.

“Making history is difficult, almost impossible, for those without my athletic ability and intelligence,â€ the champion said. â€œI’m a collegiate All-American athlete and earned a master’s degree in education from Florida State University.â€

WWE.com also listed a few record-setting Divas who paved the way for Michelle:

How do you think Michelle and her history-making win stacks up next to the likes of those girls? Do you think, in 10 years time, we’ll be saying the name McCool in the same breath as Moolah and Trish Stratus, or is that nothing but a pipe dream? Is being the Grand Slam Champ as momentous as Michelle says? Sound off, because we know you’re itching to!