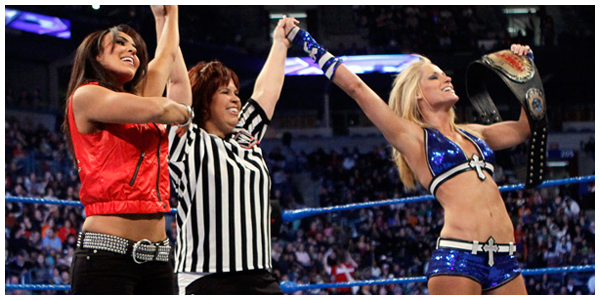 As seen moments ago on SmackDown, Michelle McCool has regained the WWE Women’s Championship and is now a two-time holder of the belt.

McCool’s win marks the first time in nearly 10 years that the Women’s Championship has changed hands on a taped show. The last time this happened was also on an episode of SmackDown when Ivory beat then-champion Lita as well as Jacqueline and Trish Stratus in a fatal four way match on November 2nd, 2000. That show was taped two days prior on October 31st.