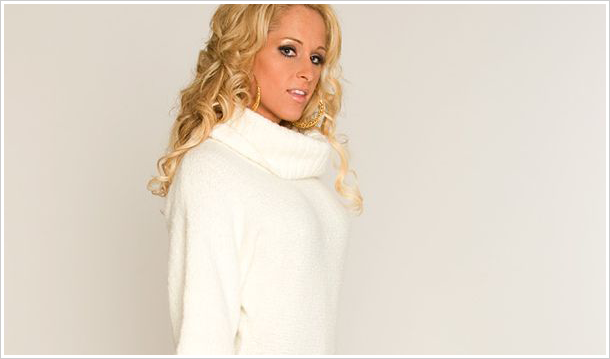 Did I miss something? Is it December already? Michelle McCool is decked out in winter white, looking much like a Victoria‘s Secret angel in a Christmas-themed ad – hence the title “Snow Angel”. I can’t complain – I love the Christmas season, but doing something like this in September is almost cruel. Nevertheless, Michelle looks quite good. The poses are pretty dull, but there’s only so much you can do when you’re focused on not flashing your ass to the camera. There’s something cliche to the “long-top-and-no-pants” thing, but the WWE’s never been on the cutting edge of anything, so I’m not really complaining. As it is, it’s pretty damn good, but eh.. Maybe if this shoot was released two months later, I’d be more into it.