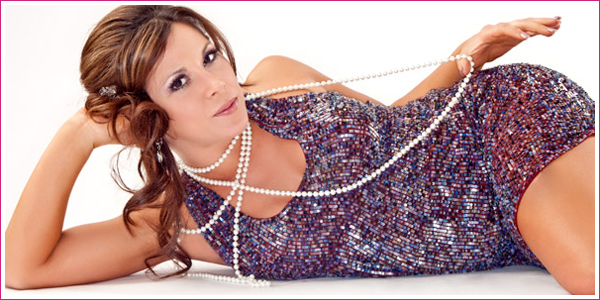 Former Women’s Champion, Mickie James has brushed off suggestions that she is uncomfortable with the current ‘Piggie James’ storyline in an interview with NorthJersey.com. On whether she was hesitant to do the storyline, in which she has been the subject of fat jokes at the hands of Michelle McCool and Layla, she says:

Well, no, because I don’t think I’m heavy, for one. I’m only 130, 135 pounds. But at the same time, no, because it’s entertainment. Is it my favorite? I don’t really know. I guess we’ll have to see where it goes. It depends on the payoff. We’re telling stories and we’re building emotional things where people can actually connect with it. And I think that a lot of women in general, society has put on this thing where every female should look like Paris Hilton who is 6-foot something, and 100 pounds. That’s not how America is and that’s not how the real women in the world look.

Mickie’s comments are interesting but I can’t help but feel they’re the abridged, politically correct answer so as not to get her into trouble with management. It’s clear to those that follow wrestling and understand how it works that this storyline isn’t just WWE wanting to tackle a sensitive issue in order to shed light on it, but rather a personal jibe — or as we’ve called it, scripted bullying — towards Mickie. WWE television is not the same as other scripted dramas where actors play characters completely different to the themselves; these actors take on storylines such as alcoholism, drug abuse etc. in roles that have no bearing on their personal lives. Mickie’s situation is different and I’m sorry, I just can’t buy the whole “we’re telling stories to tackle social issues~” excuse that other scripted shows can get away with. Perhaps I’m wrong, but I find it hard to believe that Mickie doesn’t feel uneasy about the storyline or the implications of it. In fact, I think you’d be hard pressed to find a woman that could step into Mickie’s shoes and not feel uneasy about it. That’s just my two cents.

To read the rest of the interview click here, other highlights include Mickie discussing her musical career.