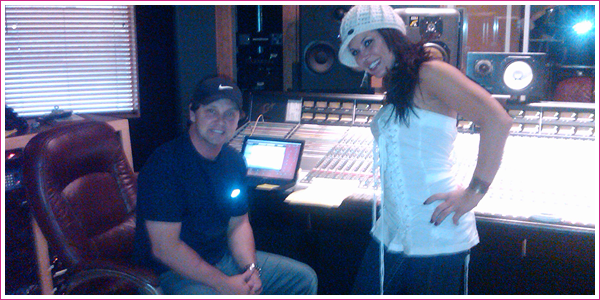 Mickie James in the studio (via Mickie’s Twitter page)

We’ve previously reported the news that Mickie James is set to embark on a country music career, and it now looks like she’s off to a good start. Today news broke that Mickie has been signed by Nashville producer Kent Wells, the man behind such country music acts as Dolly Parton, Michael Peterson, and Neal McCoy. Wells will produce Mickie’s debut album, which is due in stores this spring.

Do you think Mickie’s got what it takes to cut it as a country star, or should she stick with wrestling? Are you wary that this may lead to her leaving wrestling behind? Sing your song in the comments!