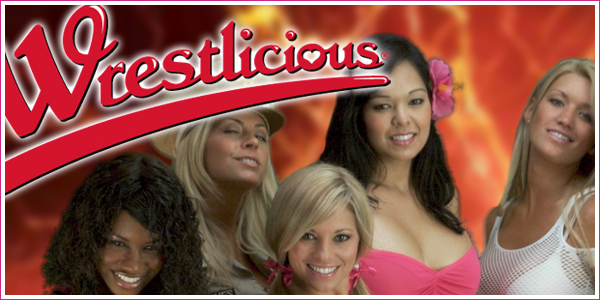 â€¢ The wrestling footage in the video was actually taped back in August of 2008 in St. Petersburg, Florida. Talent was asked not to discuss the project.

â€¢ Four to five hours of footage was shot that day, with the women using role designed for the series, and not their regular gimmicks. The wrestling was said to be good, but the gimmicks silly.

â€¢ Jimmy Hart was brought into consult on the project. Hart also wrote the rap in the video, as well as a tune for Lizzy Valentine, who will be doing a Britney Spears style gimmick.

â€¢ Former TNA director Michael Vedder worked the tapings. Also Coin Bowman, who has worked with Jimmy Hart on the XQF and 6:05 WWL PPV, handled the wrestling aspects of the taping backstage.

â€¢ Many of the ladies in the video were actresses hired to portray the roles before the female wrestlers were actually brought in for the tapings. Former ROH and SHIMMER performer Lacey played the voodoo woman when they did the tapings.

â€¢ Former WWE Diva Search contestant Leyla Milani was not at the tapings, just used in the video.

â€¢ Some of the talent that worked the tapings were: Daffney (now signed with TNA since), Amber O’Neal, Lizzie Valentine, Christie Riccie, Becky Bayless, Lacey Von Erich, Daizee Haze, Portia Perez, Lexie Fyfe, Serena Deeb, and Danyah among others, including some girls from WOW, such as Lana Starr.

â€¢ Lexie Fyfe was in charge of training the inexperienced ladies.

â€¢ Last week, several of the women involved in the project were contacted and told that they would be filming new footage soon. It is believed that they are working to get a syndicated deal, or perhaps an actually series deal.

Somehow I’m not surprised the women seen in the video were paid actresses, though something tells me their acting experience doesn’t go much further than the adult section in your local video store or the 9th sequel to a horror franchise that had its heyday in the mid 90s.

It’ll be interesting to see if they get any type of TV deal, or if they’ll just sell DVDs like SHIMMER does. As far as content goes, I don’t think it would be too terrible if they were a cheesy product, a la WOW. I’d much rather have that than the raunchiness of WEW. I guess we’ll just have to wait and see, though if the video was any indication, it’ll be a laugh-a-minute, intentional or not. For more info on the promotion, visit Wrestlicious.com