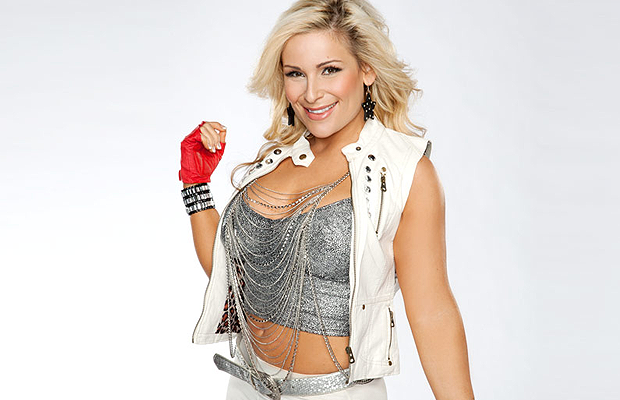 Natalya joined Chris Jericho‘s Talk is Jericho podcast to talk about her family ties to wrestling, training in Japan, her WWE tryout match and being part of the Total Divas cast.

Her early wrestling aspirations: Wrestling wasn’t something she thought about doing as a child, as there was no WWE Divas division at the time, and Japanese women’s wrestling was too obscure for her to know about. It was when she was a teenager when she started to try wrestling out of curiosity. She graduated high school a year early so she could wrestle in Japan, but her dad was not supportive at first. He was afraid of her getting hurt.

Being the first female wrestler from the Hart family: Natalya was nervous at the start, as she thought people would think she was terrible if she wasn’t perfect. She eventually realized, though, that she had to carve her own path. She talks about discussing it with Charlotte and Shaul Guerrero, who are in similar situations. She says her family does not define her – she is her own entity.

Training in Japan: In Canada, Natalya received training from Tokyo Joe, a legendary Japanese wrestling trainer who had never trained a woman before. With his help, she moved to Japan in April 2005 – the same month that both All Japan Women’s Pro-Wrestling and Gaea Japan closed down. She trained alongside Aja Kong, Kyoko Inoue, Lioness Asuka and Manami Toyota. She went there twice for a combined six months. She, Sara Del Rey and Kharma were the only non-Japanese girls there.

Her humble beginnings: She wrestled her first match in 2001 for Stampede Wrestling in front of 50 people and was low blowed by the referee. She sent her first tape to WWE in 2002, but didn’t get a tryout match until after her time in Japan. She doesn’t know how she got signed based off of her tryout match, in which she cut her eye and started bleeding. She thought she had cut the girl she was working with and kept wrestling.

Working with girls that had modeling careers: She was trying to get hired during a time that was pushing the envelope. The girls were sexier. She says she looked like King Kong Bundy‘s daughter. Her differences help her stand out today, and are the reasons she’s on Total Divas.

Joining the cast of Total Divas: She had just returned from a refugee camp in Rwanda and was pulled aside by Triple H, who asked her to be apart of the show. She says all the highs and lows in her career led to Total Divas – if she wasn’t an underdog, she wouldn’t be on the show. There’s not a lot of space on Raw or SmackDown for her to show her personality, and Total Divas provides that.

Living in front of the Total Divas cameras: She felt inhibited at first, but started to forget they were there. She references her Hooters quote from the first season as something she would say when venting and haven forgotten about the cameras.

Her favorite matches: Natalya mentions the Divas Tables match at TLC 2010, winning the Divas Championship at Survivor Series 2010 and her only singles match with Beth Phoenix in 2012.

You can listen to the full interview below: