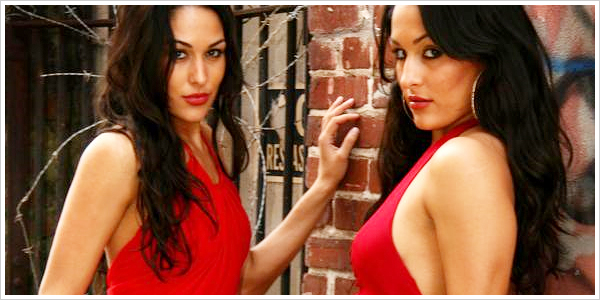 And no, it’s not Gail Kim. Sorry for the spoilers but new arrivals are big news… Bri Bella will be making her debut this Friday night on SmackDown in a match against Victoria. Bri is one half of the Bella Twins down in FCW with her sister Nicole. I’m just hazarding a guess, but I would expect that Nicole will join SmackDown also, with her debut not too far behind. What do you think of the latest addition (possibly additions) to the blue brand?

While new Divas are exciting, I’ve never seen these girls in the ring to judge their skills. However, I don’t know how I feel about two new Divas coming in and pushing Alicia Fox, who’s already been pushed so far out of the limelight, even further.

EDIT: According to WrestleScoop.com, both Bri and Nicole Bella will debut this week on SmackDown! One set of spoilers states that at some point during the match, Bri went under the ring and re-emerged. One would assume Bri switched places with Nicole, who finished the match with Victoria. I like this angle, hopefully they keep going for a while before being revealed.