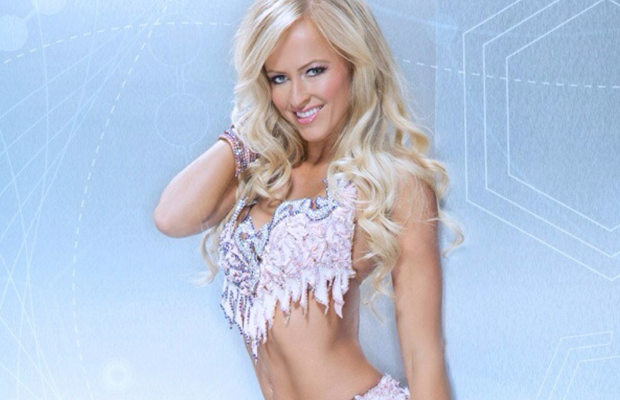 The preview’s biggest reveal came when Summer Rae was announced as the latest addition to the cast of the hit series.

Due to her lack of involvement in the second part of Total Divas season one, many speculated that JoJo would be removed from the cast. Her WWE.com profile has since been moved to the NXT section.

It appears as if those suspicions were correct and Summer will be the seventh Diva in the cast. The blond beauty was seen in a few snippets, most notably delivering a slap to Natalya.

Check out cell phone footage of the preview below:

Are you excited to see Summe