News in Brief: More Names Added to SHIMMER, Eve & Foley Team Up for Good Cause, Maria Kanellis in a New Movie & More

Natalya has launched an official website at www.nattieneidhart.com. The website features facts you may not know about her, a blog and some personal pictures. 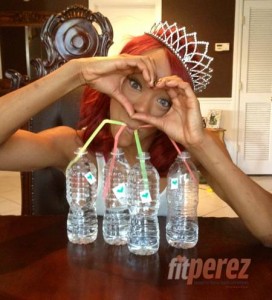 As we all know, Raw Divas Eve, Kelly Kelly and Alicia Fox joined forces with FitPerez.com as guest bloggers. Miss Foxy recently uploaded a blog discussing some beauty tips, as well as some cute photos of her.

Here’s a snippet from her first blog below:

How many bottles of water have you really had today!? Now let’s add at least two more!!! The one thing our body craves is water, not diet soda!!! Water is the body’s “principle chemical” that flushes out toxins and works as a transportation nutrients system or “taxi” for our bodies carrying all of the we need. Did you know we lose water ALL THE TIME?! YES we do!!! We lose more water than we think!!! It sneaks out as we breathe, workout, sweat, or reach higher altitudes. That means if you don’t drink enough water you run the risk of dehydration which could leave you feeling tired, headachy, cranky, and suffering from lack of focus!!! That’s sounds like a bad day, RIGHT!? But the good news is if you choose H2O on the Go, don’t be surprised if your skin brightens and tightens, you experience having more energy throughout the day, and feel more confident in that polka-dot-bikini this summer because it also helps regulate calorie intake!!!!! Time to strut that stuff waterside!!!!

Check out the rest of the blog at FitPerez.com.

WWE Legend Mick Foley has teamed up with the always philanthropic Eve Torres to try and put together a special dream vacation, in which all of the proceeds – after expenses – would go directly to the Rape, Abuse and Incest National Network (RAINN) to help survivors of sexual violence. All it would take to enter is a minimum $10 raffle purchase. Right now, the project is only in its planning stages but the two believe it can happen if there’s enough interest. One of the prizes would include an exclusive lunch with Eve and three other WWE Divas.

Check out Foley’s Tweet at this link, and make sure you pass it on to as many people as possible! 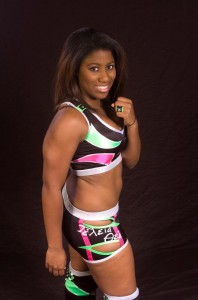 MsChif, “The Canadian Ninjas” of Nicole Matthews and Portia Perez, Athena and Christina Von Eerie have all been added to the card for the tapings of SHIMMER volumes 45-48 on March 17 and 18.

Not only that, but all five women will also appear the night before on March 16 for AAW – with Matthews and Perez teaming up with the previously announced Sara Del Rey in trios tag team action against a team that will be captained by MsChif. Rising stars Athena and Von Eerie are the two women that will be teaming with MsChif.

ECCW Women’s Champion KC Spinelli is set to defend her title against Mary Jane Payne this Saturday at the Russian Community Centre in Vancouver, BC., Canada.

In a new interview with NorthStarz.ca, Payne commented on the match by saying: “Well, obviously I see me kicking KC’s butt all over the arena in Vancouver until I pin her 1,2,3 in the middle of the ECCW ring and become the new ECCW women’s champion. I am totally ready to be the ECCW Women’s Champion! Gold attracts to me. . . I will win on Saturday! My men and I will make sure that happens!“

Spinelli set the Portland, Oregon native straight on January 27th at ECCW’s “Clash of the Titans” event in Surrey by hitting her with her “Spin Out” finishing move. Now, the two will face off in a match with the Women’s title on the line.

Says Spinelli of the encounter: “I am more than happy to show you why I am ECCW Women’s Champion and how I’ve never had to cheat to keep it.“

KC most recently defended her title against Raven Lake on January 7th. 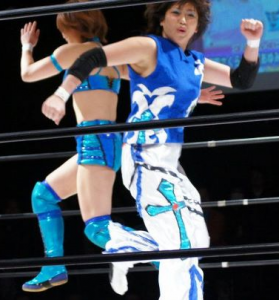 She and team-mate Tomoka Nakagawa ended up defeating Ayumi Kurihara and Sakura Hirota (or “Sakura Hamada”, as Sakura amusingly cosplayed as the former TNA Knockouts Tag Team Champion) in 15:56.

“The First Lady of ROH” Maria Kanellis appears in a new movie called “The Meltdown”. A screening of the film will take place this Saturday – February 4th – at Theater 7 on 1406 South 3rd Street in Las Vegas at 6:30 p.m. A Q&A session will be held following the film.

In other Maria related news, she’ll appear this Saturday for ROH on TV, as she manages Mike Bennett in a Television Title match against Jay Lethal. Check out a promo video for the match below: