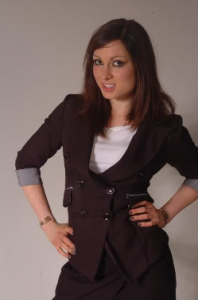 For Fight Factory Pro Wrestling, she teamed up with Katey Harvey and B. Cool to take on Lucy Lasso, Danger Dawn and Captain Deadbones Dawkins. Rebecca’s team won after Knox rolled up Lucy.

This was Knox’s first match in over four years – her last taking place in February 2008 when she teamed up with Sean Brennan to take on Jenny Sjodin and Heavy D.

The long absence from wrestling was caused by a match in September 2006. Knox competed against Kisu for German Stampede Wrestling, and during the match, suffered a cut above her eye and became heavily bloodied as a result. She received stitches for the injury and all seemed fine, but weeks later, she posted a message on her website saying that since then she had been suffering from extremely painful headaches, a loud buzzing noise in her left ear, and the vision in her left eye was completely blurred. Knox said that the doctor had told her it may be damage to the 8th cranial nerve and that she was awaiting a CT brain scan and had been recommended to not wrestle for a few months.

As a result, all bookings of hers were scrapped, including a 60-minute Iron Woman Match against Daizee Haze for SHIMMER.

As previously mentioned, she was planning a comeback in early 2008 – accepting a booking for SHIMMER in April of that year, and ChickFight the month after. However, Knox no-showed the SHIMMER tapings and backed out of the ChickFight event, saying that she did not feel that wrestling was the right choice for her at that time.

She did end up returning to SHIMMER in March 2011, but this time in a managerial role as opposed to one of a wrestler. She managed the mother/daughter team of Saraya and Britani Knight for four volumes.

Knox’s return to wrestling is certainly an interesting one – will it be permanent? – but we’re glad to see she has seemingly received a clean bill of health. Best of luck to her! 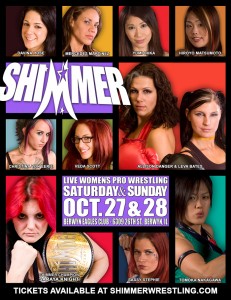 For Miss Natural, this will be a big return to the SHIMMER ring – the twelve year veteran of professional wrestling wrestled on volumes 21 and 22 against Lorelei Lee and Daizee Haze respectively, before taking an extended hiatus from wrestling altogether. She is now in the midst of a career resurgence, appearing on several wrestling events per week throughout the Central States, Mid-South and Upper Midwest regions of the country.

As SHIMMER puts it, “Natural is a no nonsense athlete with multiple training influences under her belt, including wrestling greats Ken Patera and former NWA World Heavyweight Champion Harley Race.”

Dave Prazak has also revealed that the main event of SHIMMER Volume 50 (a milestone for the company), which will be taped over the course of the weekend, will be a big multi-person match that will include the SHIMMER originals that are still on the roster, plus some newer talent.

Due to the historical significance of it being our 50th show, all of the women who were on the first SHIMMER show who are still on the roster in 2012 will be in the main event of Volume 50. It will be a big multi-person match involving those wrestlers, plus other members of the current roster mixed in. Specific details will be revealed that weekend.

Tickets are still available at shimmerwrestling.com.

New matches have been added to the NCW Femmes Fatales X – their first double taping of shows – event taking place on November 3rd:

We are under the impression that all of these matches will be taking place on Show #1.

They also announced that Hailey Hatred will no longer be able to attend the shows – she’s since added more titles to her collection in Japan and has commitments that would prevent her from staying in America for very long. They’ve since assured fans that Hatred will definitely be in Montreal in 2013.

Joshi4Hope IV was held on October 7th at the Tokyo Cinema Club. The show featured several international talents, including Veda Scott, She Nay Nay and MsChif.

All matches except for the elimination-style triple threat were part of a Sweet 16 Title Tournament, which will take place on December 6 (again in Rahway, NJ). 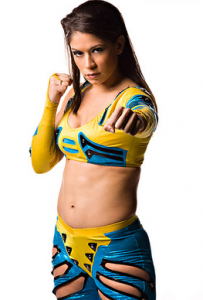 In an update on the Sarita-CMLL relationship, she returned to competing on CMLL events on October 9th in a Torneo Cibernetico elimination match.

Goya Kong ended up winning the match, after pinning La Comandante last. In addition to Sarita (as Dark Angel), Dallys la Caribena, Lady Apache, Luna Magica, Marcela, Princess Sugey, Tiffany and Zeuxis also competed.
Sarita has just returned from a two month tour in Japan, where she worked for STARDOM (and wrestled in their 5 STAR Grand Prix Tournament). While she was away, CMLL were allegedly falsely advertising her for multiple shows in an attempt to hurt her reputation. Organization officials were reportedly displeased with Sarita for taking it upon herself to work a two-month tour for the Japanese promotion when their official women’s wrestling partner in the country is REINA. It was also claimed that Sarita arranged her own deal with STARDOM, henceforth shutting CMLL out of any financial compensation.
• • • • •
In other lucha news, Amapola defeated Leon in a Two Out of Three Falls Match on October 12th to win the CMLL-REINA International Championship.
For AAA, also on October 12, Faby Apache teamed up with Elegido to defeat Sexy Star and Gran Apache in tag action. Faby pinned Sexy Star and wanted a shot at her AAA Reina de Reinas Championship afterward, but Sexy denied her the opportunity.
October 15, 2012